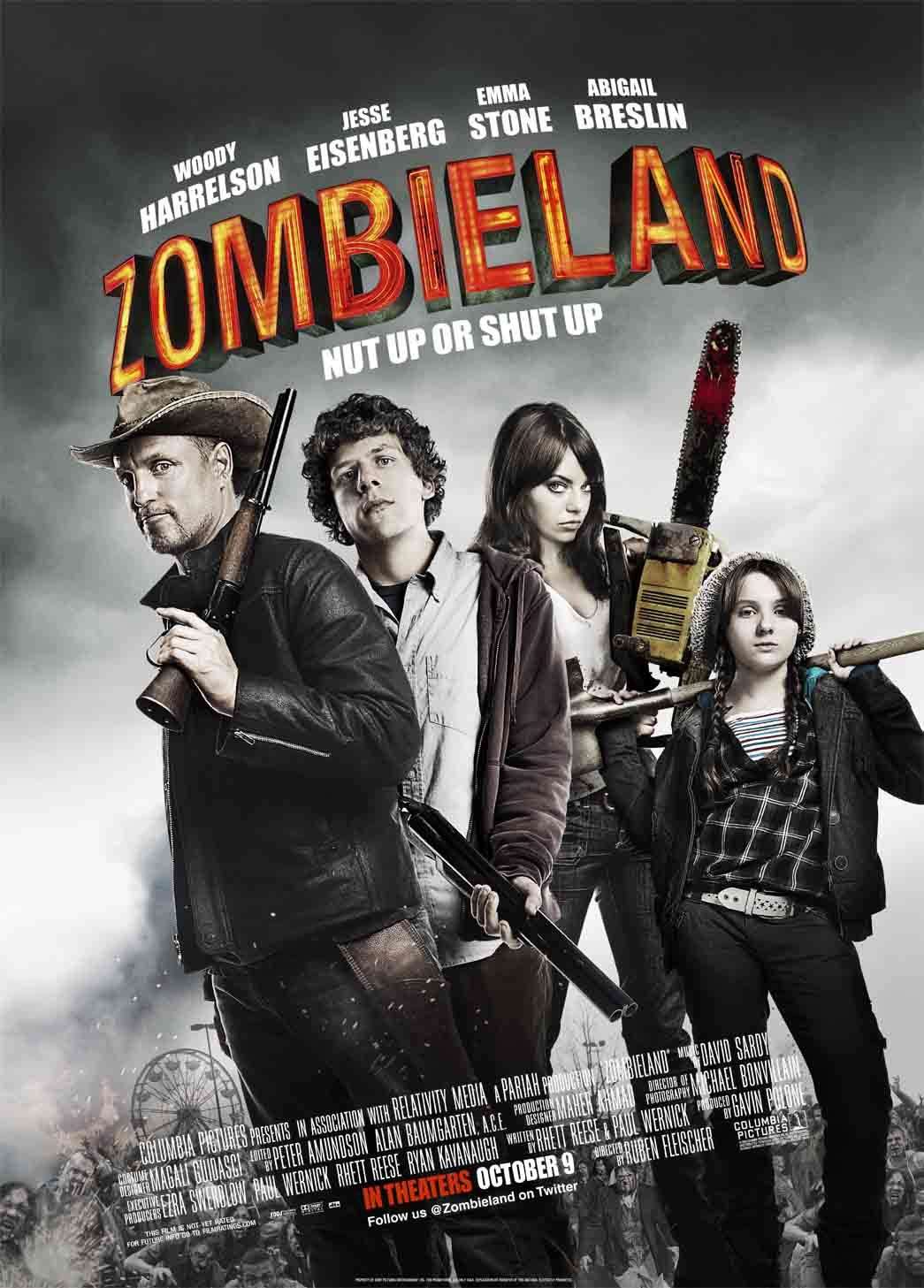 After a virus turns most people into zombies, the world’s surviving humans remain locked in an ongoing battle against the hungry undead. Four survivors — Tallahassee (Woody Harrelson) and his cohorts Columbus (Jesse Eisenberg), Wichita (Emma Stone) and Little Rock (Abigail Breslin) — abide by a list of survival rules and zombie-killing strategies as they make their way toward a rumored safe haven in Los Angeles.

Our land is their land.