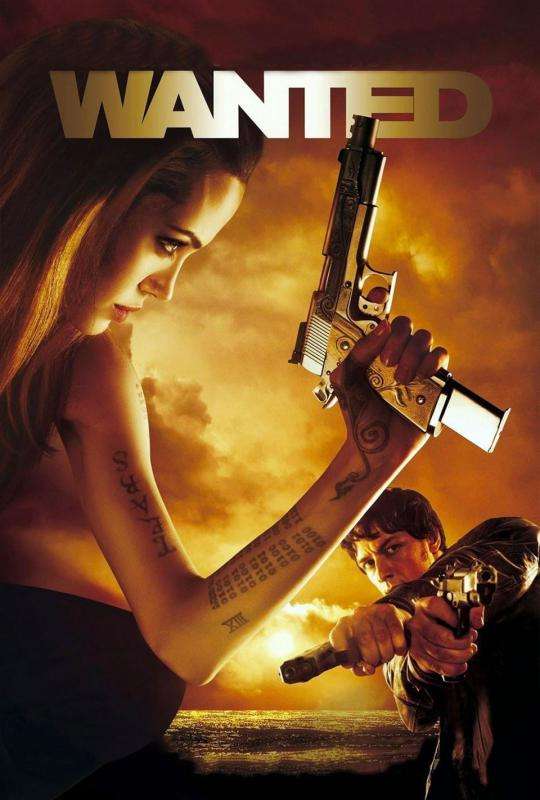 Wesley Gibson (James McAvoy) is an office worker whose life is going nowhere. After his estranged father is murdered, he meets Fox (Angelina Jolie), who recruits him into the Fraternity, a secret society of assassins that takes its orders from Fate itself. Fox and Sloan (Morgan Freeman), the Fraternity’s leader, teach Wesley to tap into dormant powers. Though he enjoys his newfound abilities, he begins to suspect that there is more to the Fraternity than meets the eye.