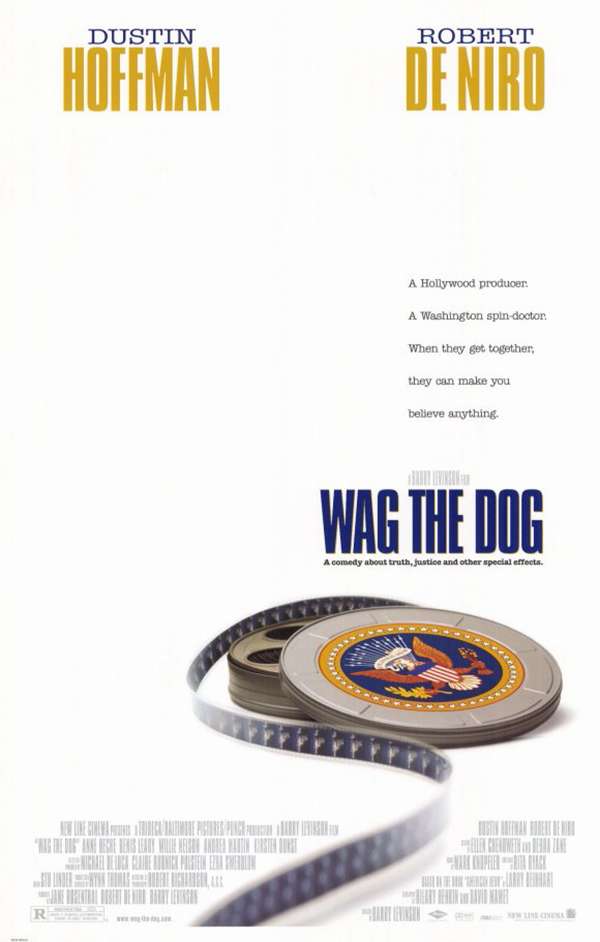 Two weeks prior to reelection, the United States president lands in the middle of a sex scandal. In need of outside help to quell the situation, presidential adviser Winifred Ames (Anne Heche) enlists the expertise of spin doctor Conrad Brean (Robert De Niro), who decides a distraction is the best course of action. Brean approaches Hollywood producer Stanley Moss (Dustin Hoffman) to help him fabricate a war in Albania — and once underway, the duo has the media entirely focused on the war.

Is this life imitating art in the film that preceded the biggest news story of 1998?