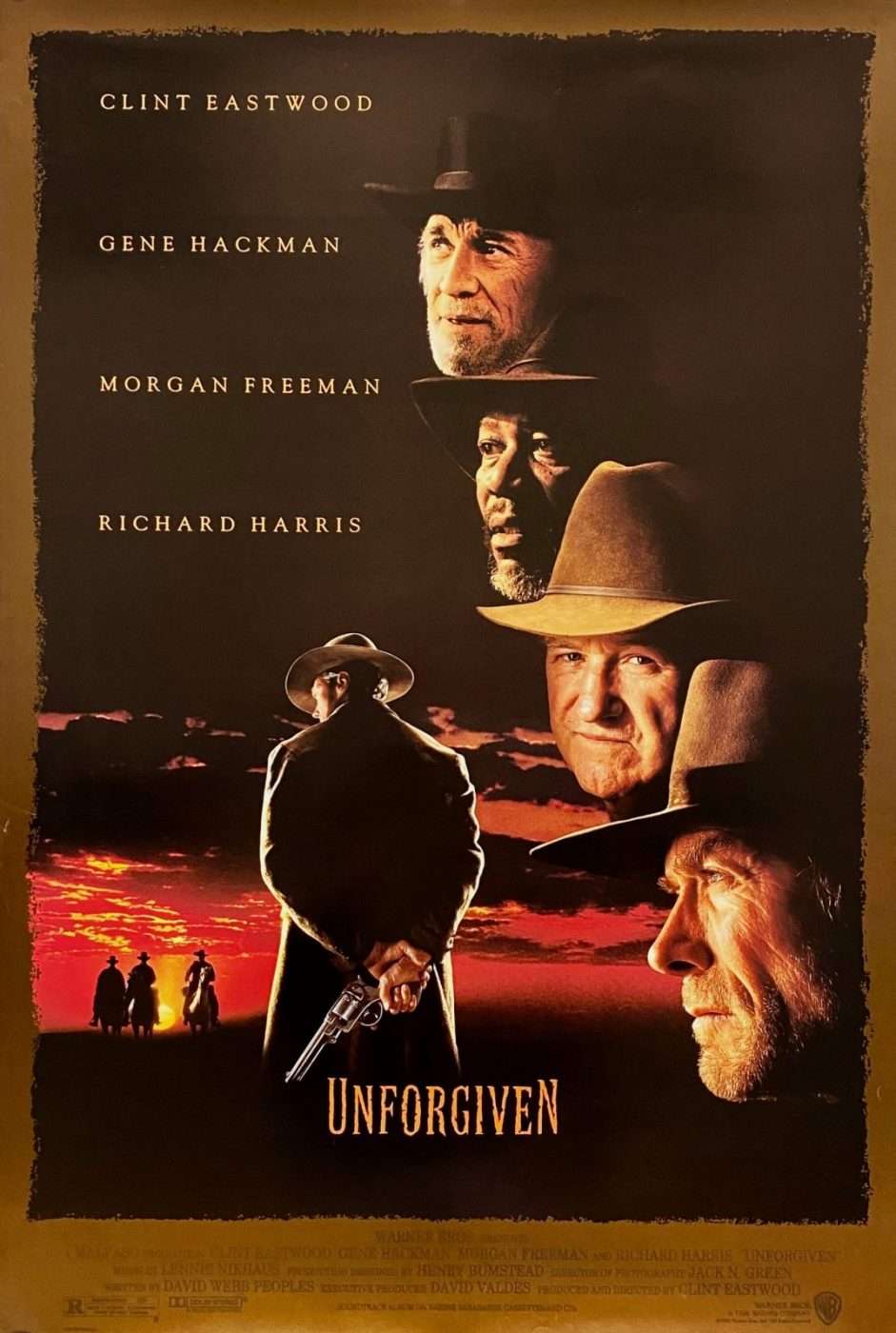 When prostitute Delilah Fitzgerald (Anna Thomson) is disfigured by a pair of cowboys in Big Whiskey, Wyoming, her fellow brothel workers post a reward for their murder, much to the displeasure of sheriff Little Bill Daggett (Gene Hackman), who doesn’t allow vigilantism in his town. Two groups of gunfighters, one led by aging former bandit William Munny (Clint Eastwood), the other by the florid English Bob (Richard Harris), come to collect the reward, clashing with each other and the sheriff.

It’s a hell of a thing, killing a man.