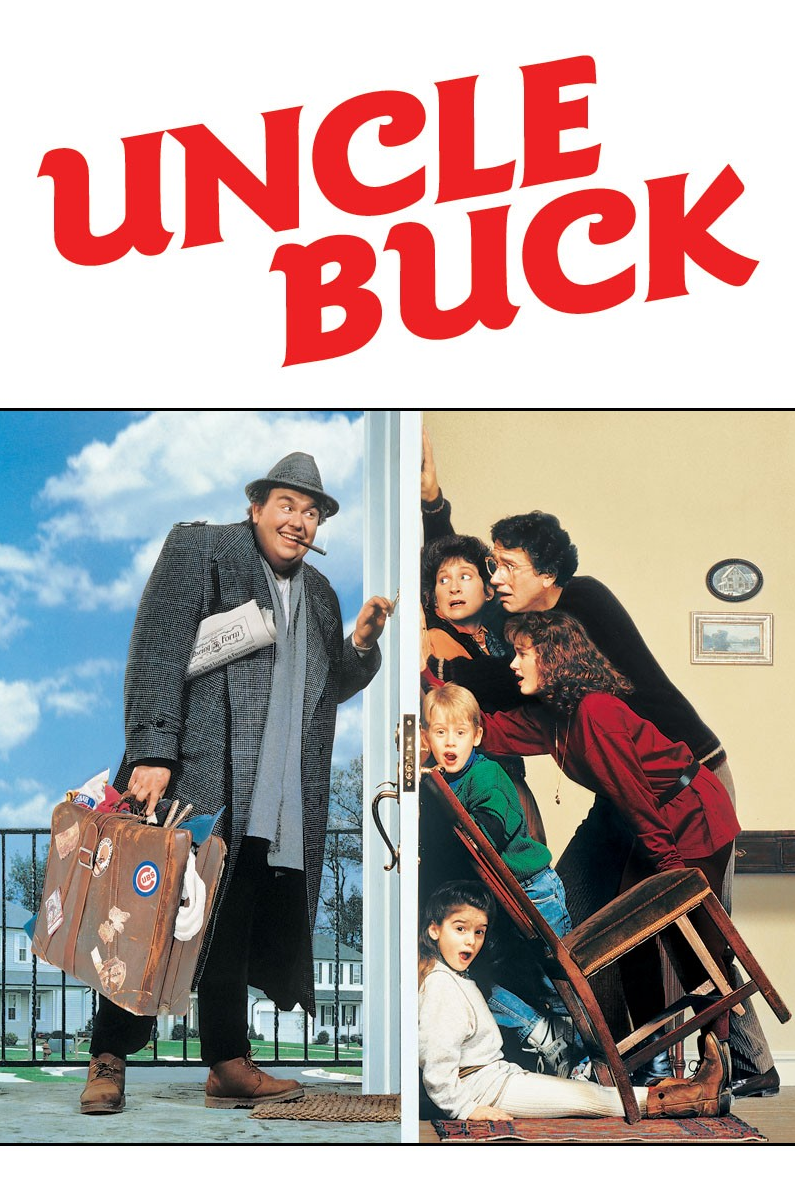 In this cheerful, lightweight comedy, excruciatingly clumsy, disorganized, and messy Uncle Buck Russell (John Candy) becomes the screens most unlikely babysitter since Clifton Webb in Sitting Pretty. While their parents are away, eight-year old Miles (Macaulay Culkin), six-year old Maizy (Gaby Hoffman) and their teen-aged sister, Tia (Jean Kelly) are left in the care of Buck. Surprisingly, the very inept Uncle Buck entertains the younger children who come to love him and earns the respect of Tia when he rescues her from her worthless boyfriend. However, in doing so, Buck nearly loses his long-time girlfriend Chanice (Amy Madigan). John Candy is delightful in the leading role giving a touching and notable comic performance. Directed by John Hughes in his typical broad style, this youth-oriented comedy is perhaps the best role of John Candy’s regrettably brief career.