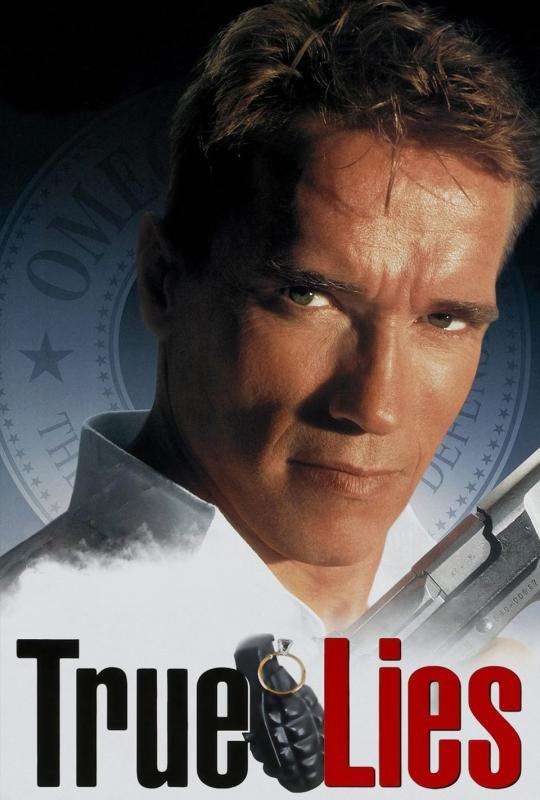 Secretly a spy but thought by his family to be a dull salesman, Harry Tasker (Arnold Schwarzenegger) is tracking down nuclear missiles in the possession of Islamic jihadist Aziz (Art Malik). Harry’s mission is complicated when he realizes his neglected wife, Helen (Jamie Lee Curtis), is contemplating an affair with Simon (Bill Paxton), a used-car salesman who claims he’s a spy. When Aziz kidnaps Harry and Helen, the secret agent must save the world and patch up his marriage at the same time.

When he said I do, he never said what he did.