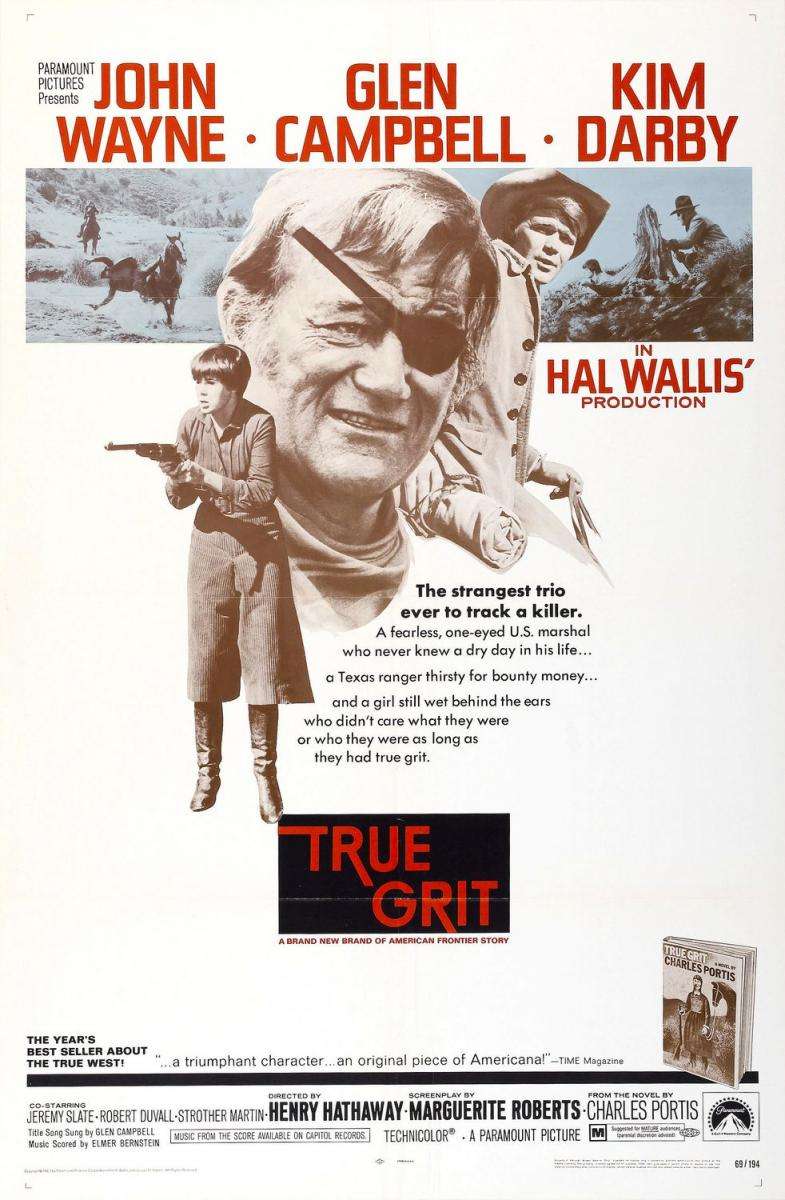 After hired hand Tom Chaney (Jeff Corey) murders the father of 14-year-old Mattie Ross (Kim Darby), she seeks vengeance and hires U.S. Marshal “Rooster” Cogburn (John Wayne), a man of “true grit,” to track Chaney into Indian territory. As the two begin their pursuit, a Texas Ranger, La Boeuf (Glen Campbell), joins the manhunt in hopes of capturing Chaney for the murder of a Texas senator and collecting a substantial reward. The three clash on their quest of bringing to justice the same man.

The strangest trio ever to track a killer.