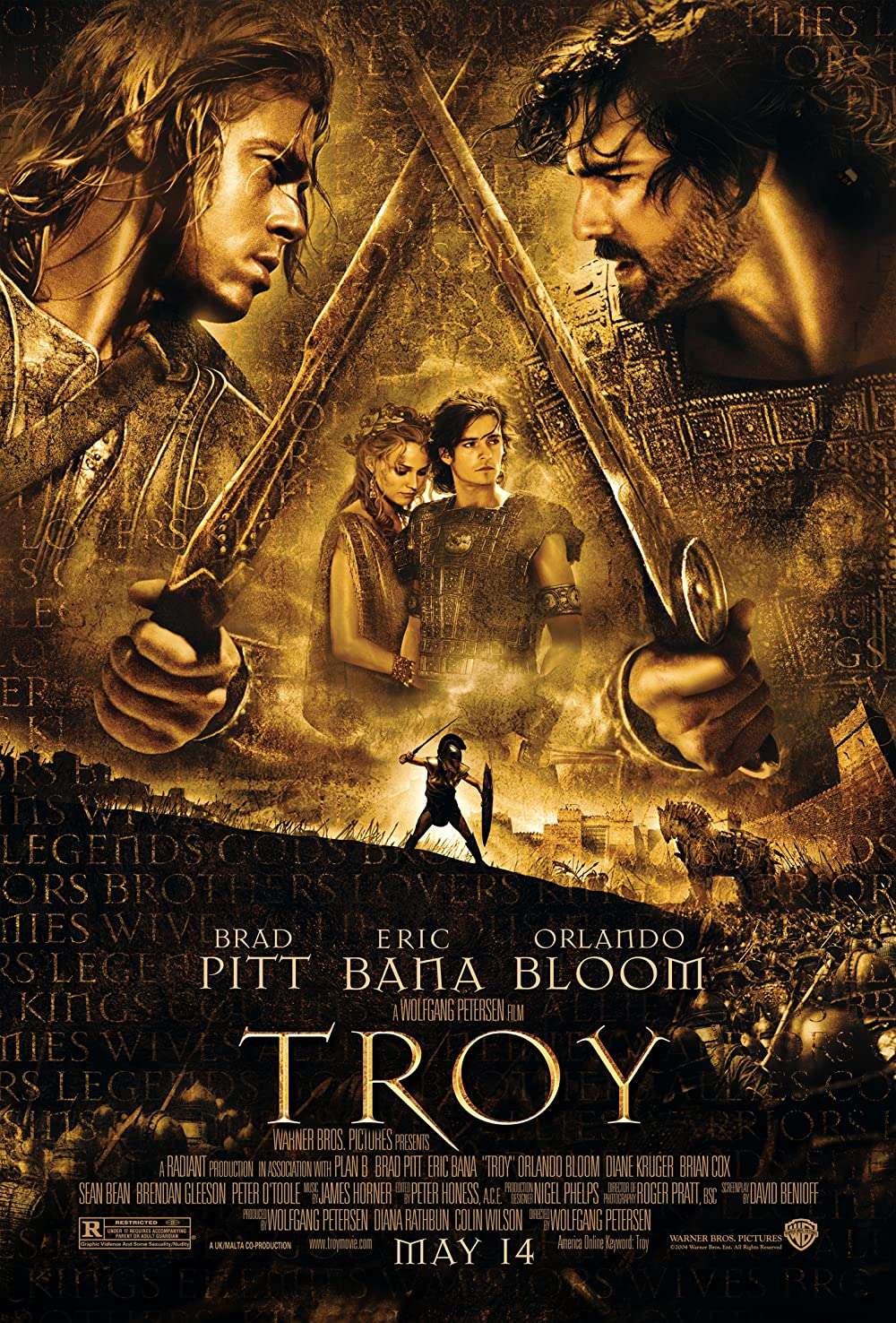 Based on Homer’s “Iliad,” this epic portrays the battle between the ancient kingdoms of Troy and Sparta. While visiting Spartan King Menelaus (Brendan Gleeson), Trojan prince Paris (Orlando Bloom) falls for Menelaus’ wife, Helen (Diane Kruger), and takes her back to Troy. Menelaus’ brother, King Agamemnon (Brian Cox), having already defeated every army in Greece, uses his brother’s fury as a pretext to declare war against Troy, the last kingdom preventing his control over the Aegean Sea.