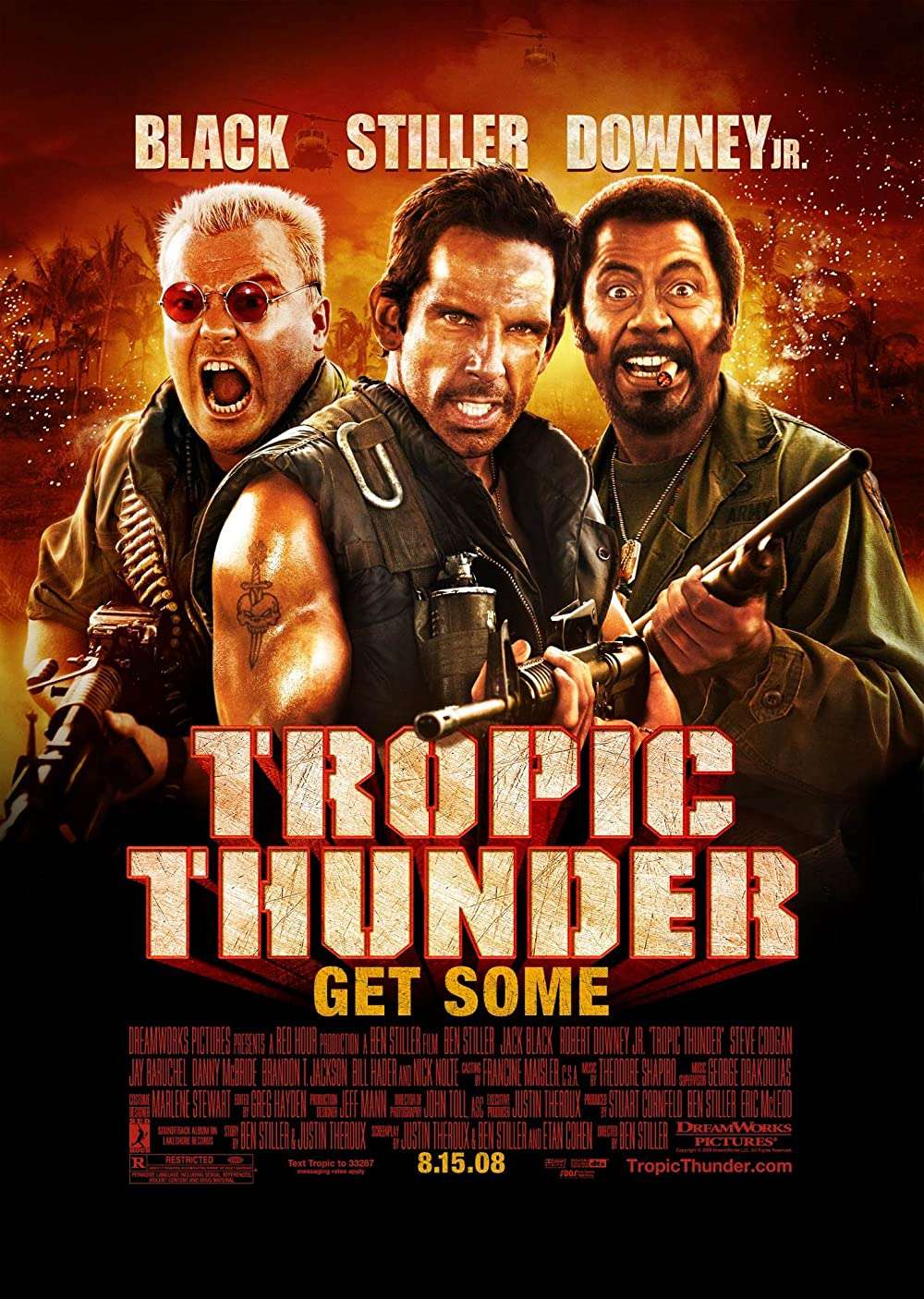 While shooting a war film, the director attempts to liven up proceedings by dropping the principle actors into the middle of a real jungle, claiming he is going to capture their performance with hidden cameras. The hapless group including drug-addled comedy star Jeff Portnoy and po-faced method man Kirk Lazarus are completely unaware when a series of unfortunate events leads them into the middle of a real war zone.

The movie they think they’re making… isn’t a movie anymore.