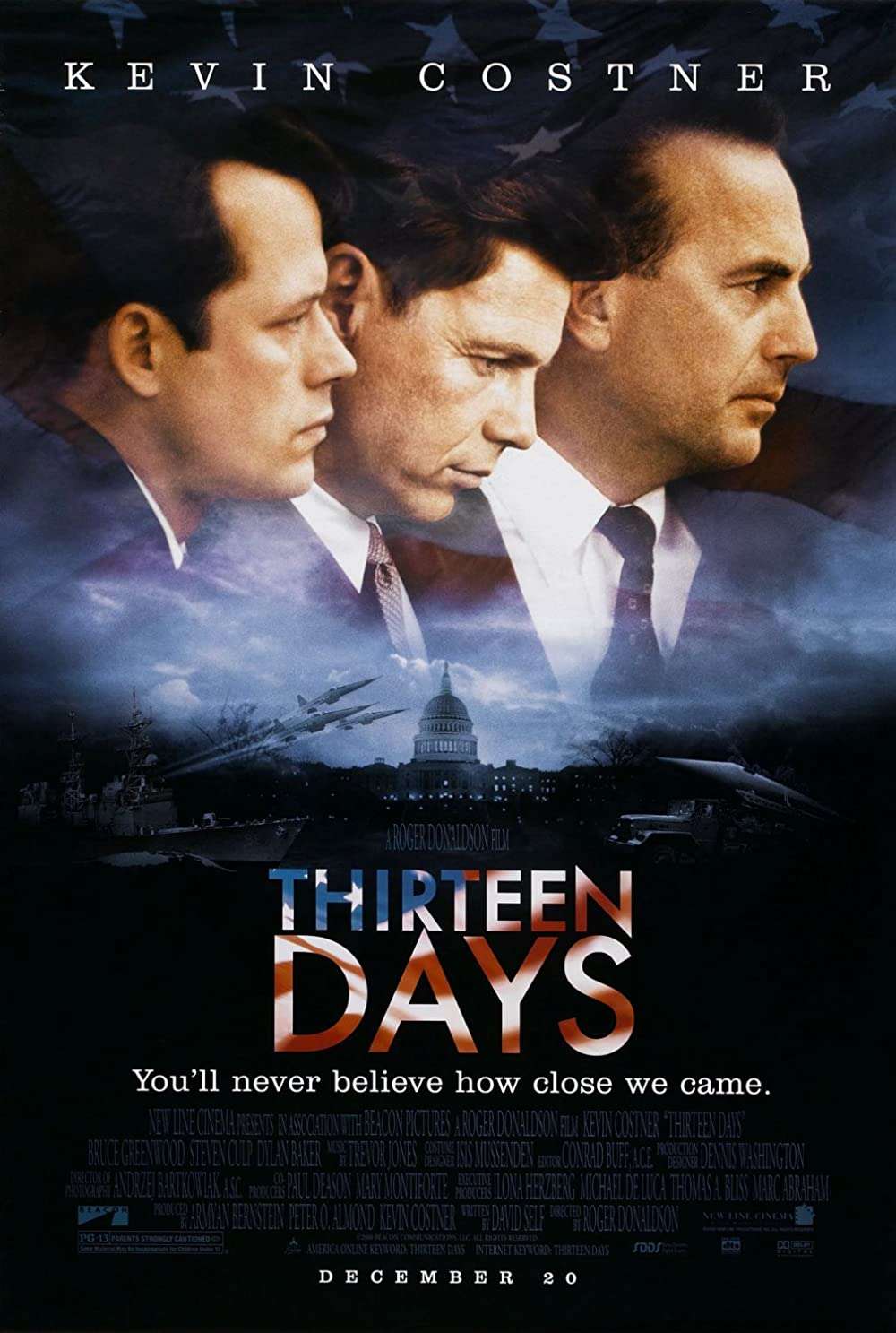 For thirteen extraordinary days in October of 1962, the world stood on the brink of an unthinkable catastrophe. Across the globe, people anxiously awaited the outcome of a harrowing political, diplomatic and military confrontation that threatened to end in an apocalyptic nuclear exchange between the United States and the Soviet Union. Thirteen days captures the urgency, suspense and paralyzing chaos of the Cuban Missile Crisis.