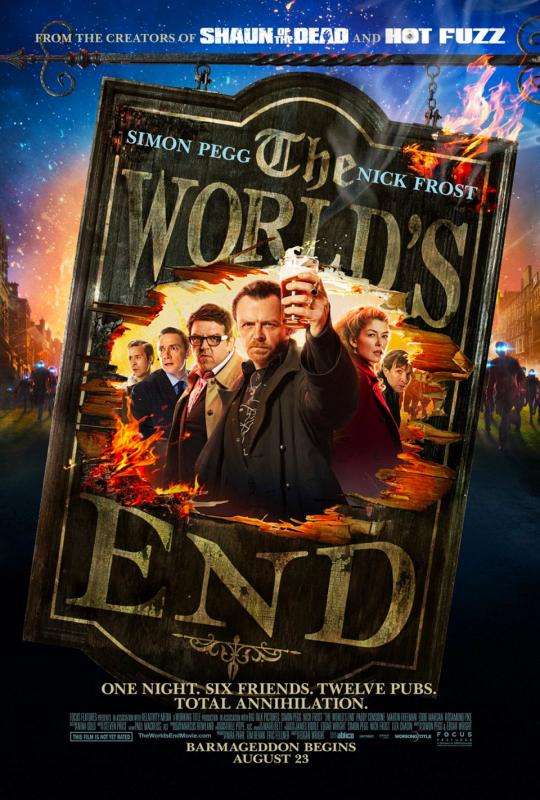 Gary King (Simon Pegg) is an immature 40-year-old who’s dying to take another stab at an epic pub crawl that he last attempted 20 years earlier. He drags his reluctant buddies back to their hometown and sets out for a night of heavy drinking. As they make their way toward their ultimate destination — the fabled World’s End pub — Gary and his friends attempt to reconcile the past and present. However, the real struggle is for the future when their journey turns into a battle for mankind.