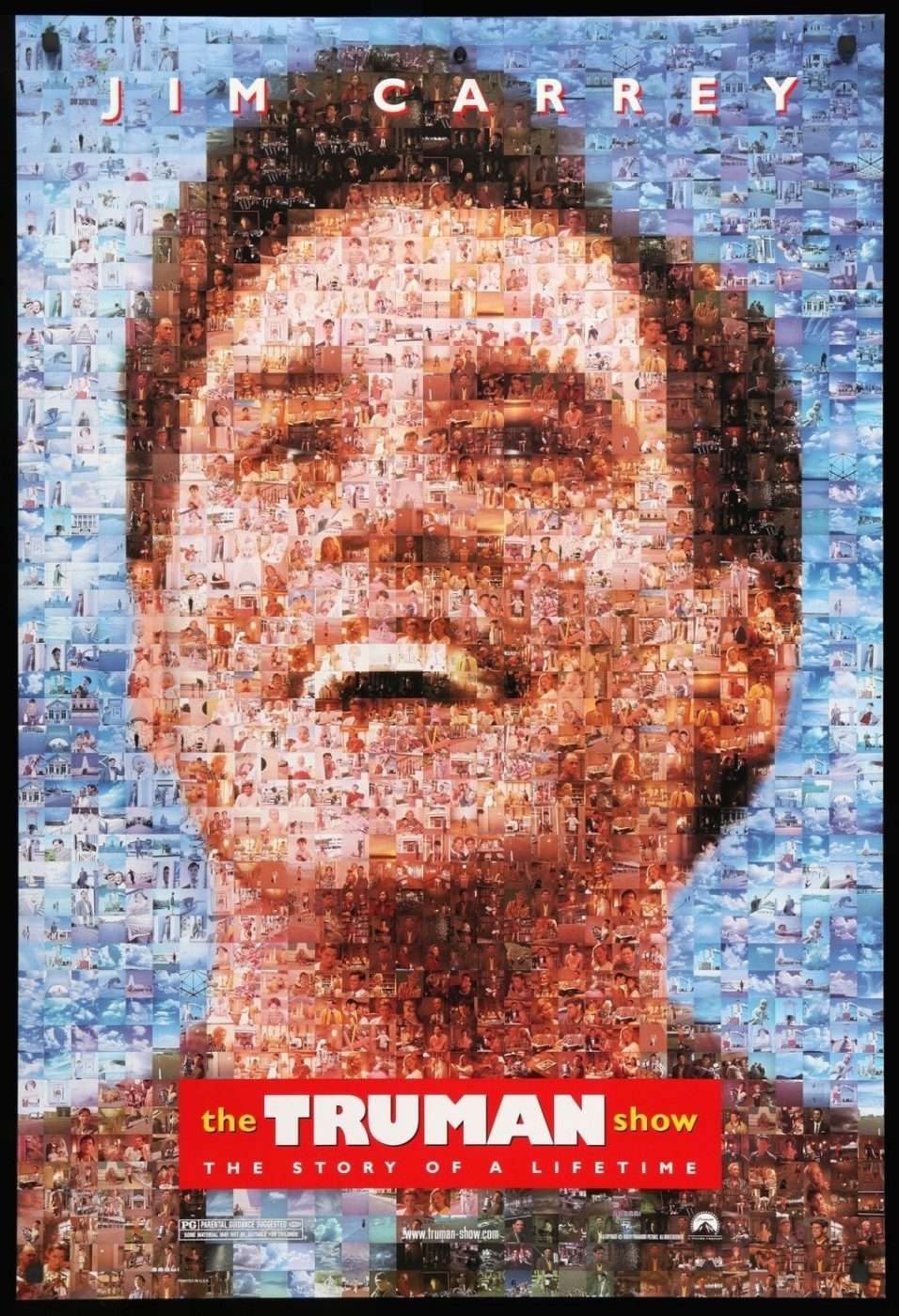 He doesn’t know it, but everything in Truman Burbank’s (Jim Carrey) life is part of a massive TV set. Executive producer Christof (Ed Harris) orchestrates “The Truman Show,” a live broadcast of Truman’s every move captured by hidden cameras. Cristof tries to control Truman’s mind, even removing his true love, Sylvia (Natascha McElhone), from the show and replacing her with Meryl (Laura Linney). As Truman gradually discovers the truth, however, he must decide whether to act on it.

All the world’s a stage…