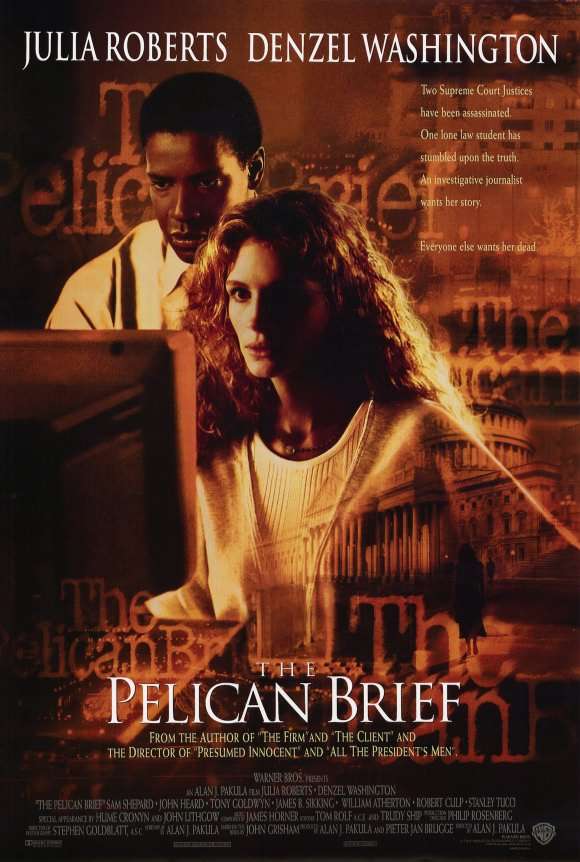 A taut thriller about a young law student whose legal brief about the assassination of two Supreme Court justices causes her to be targeted by killers. She realizes just how accurate her accusations have been when her lover and mentor are murdered. Forced to go on the run in New Orleans, she is aided by a journalist who helps her unravel a conspiracy involving senior government figures.

Two Supreme Court Justices have been assassinated. One lone law student has stumbled upon the truth. An investigative journalist wants her story. Everybody else wants her dead. See more »