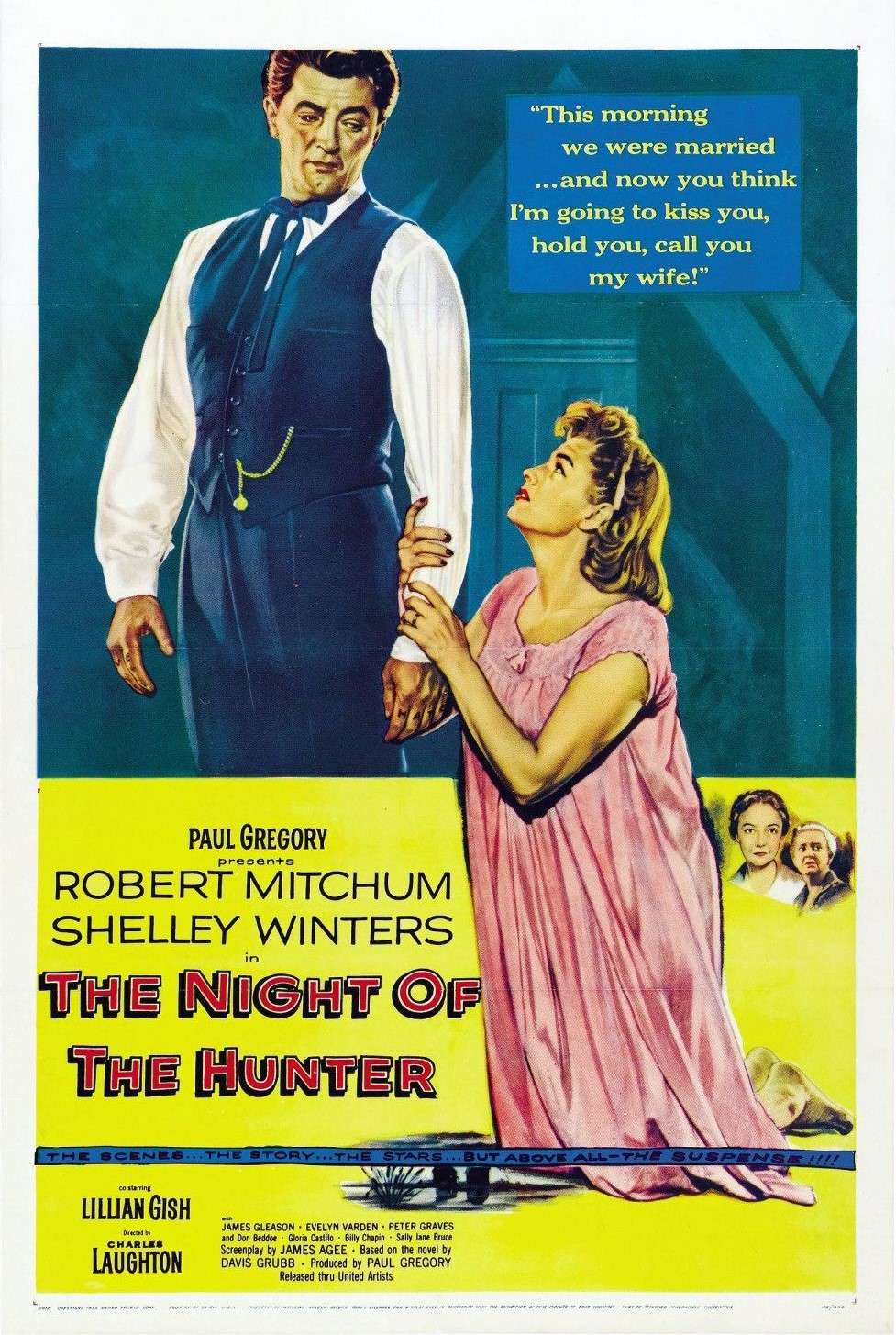 It’s the Great Depression. In the process of robbing a bank of $10,000, Ben Harper kills two people. Before he is captured, he is able to convince his adolescent son John and his daughter Pearl not to tell anyone, including their mother Willa, where he hid the money, namely in Pearl’s favorite toy, a doll that she carries everywhere with her. Ben, who is captured, tried, and convicted, is sentenced to death. But before he is executed, Ben is in the state penitentiary with a cellmate, a man by the name of Harry Powell, a self-professed man of the cloth, who is really a con man and murderer, swindling lonely women, primarily rich widows, of their money before he kills them. Harry does whatever he can, unsuccessfully, to find out the location of the $10,000 from Ben.

The scenes…the story…The stars BUT ABOVE ALL – THE SUSPENSE!