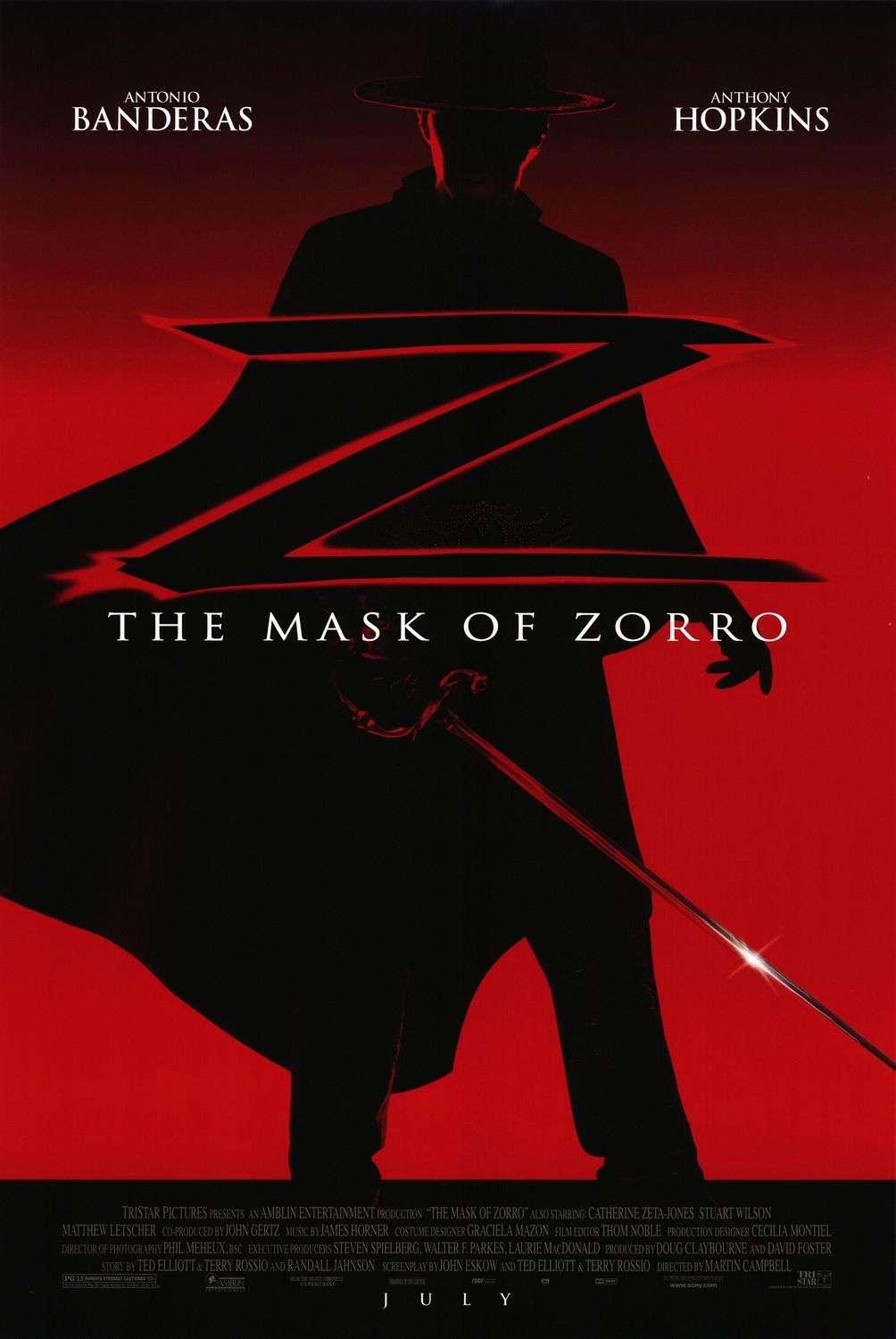 After being imprisoned for 20 years, Zorro — Don Diego de la Vega (Anthony Hopkins) — receives word that his old enemy, Don Rafael Montero (Stuart Wilson), has returned. Don Diego escapes and returns to his old headquarters, where he trains aimless drunk Alejandro Murrieta (Antonio Banderas) to be his successor. Meanwhile, Montero — who has secretly raised Diego’s daughter, Elena (Catherine Zeta-Jones), as his own — hatches a plot to rob California of its gold.

When freedom is a memory and justice is outlawed, the just must become outlaws.