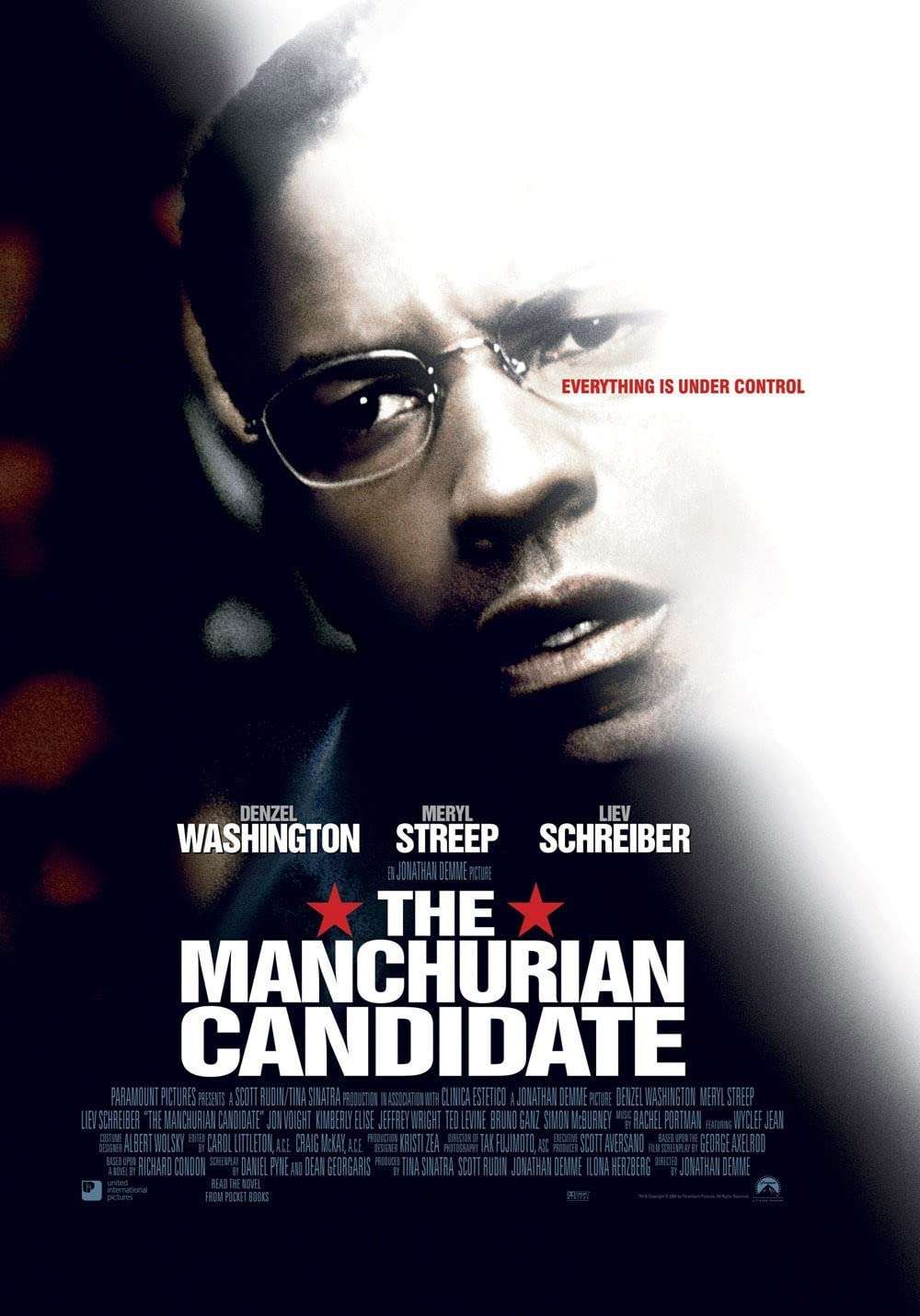 Years after his squad was ambushed during the Gulf War, Major Ben Marco (Denzel Washington) finds himself having terrible nightmares. He begins to doubt that his fellow squad-mate Sergeant Raymond Shaw (Liev Schreiber), now a vice-presidential candidate, is the hero he remembers him being. As Marco’s doubts deepen, Shaw’s political power grows, and, when Marco finds a mysterious implant embedded in his back, the memory of what really happened begins to return.

Everything is under control.