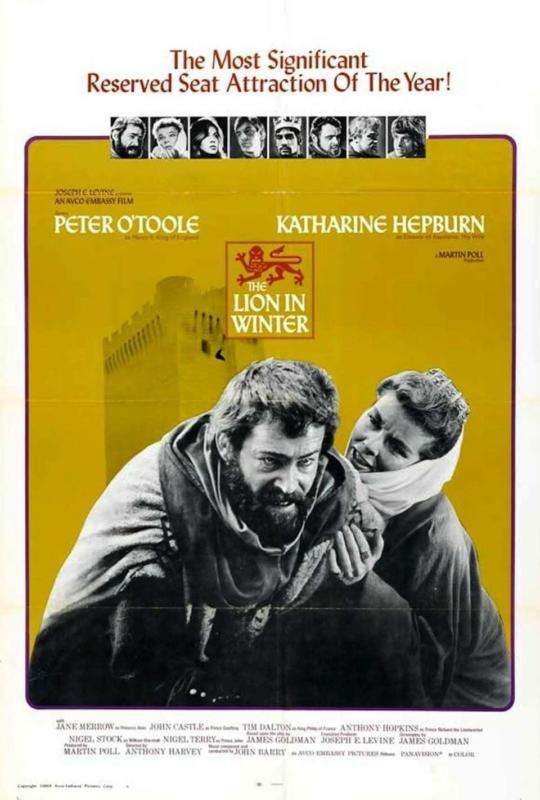 It’s Christmas 1183, and King Henry II (Peter O’Toole) is planning to announce his successor to the throne. The jockeying for the crown, though, is complex. Henry has three sons and wants his boy Prince John (Nigel Terry) to take over. Henry’s wife, Queen Eleanor (Katharine Hepburn), has other ideas. She believes their son Prince Richard (Anthony Hopkins) should be king. As the family and various schemers gather for the holiday, each tries to make the indecisive king choose their option.

“The Lion in Winter” is about love and hate between a man and a woman and their sons. It’s also about politics, vengeance, greed and ambition. In other words it’s about life. See more »