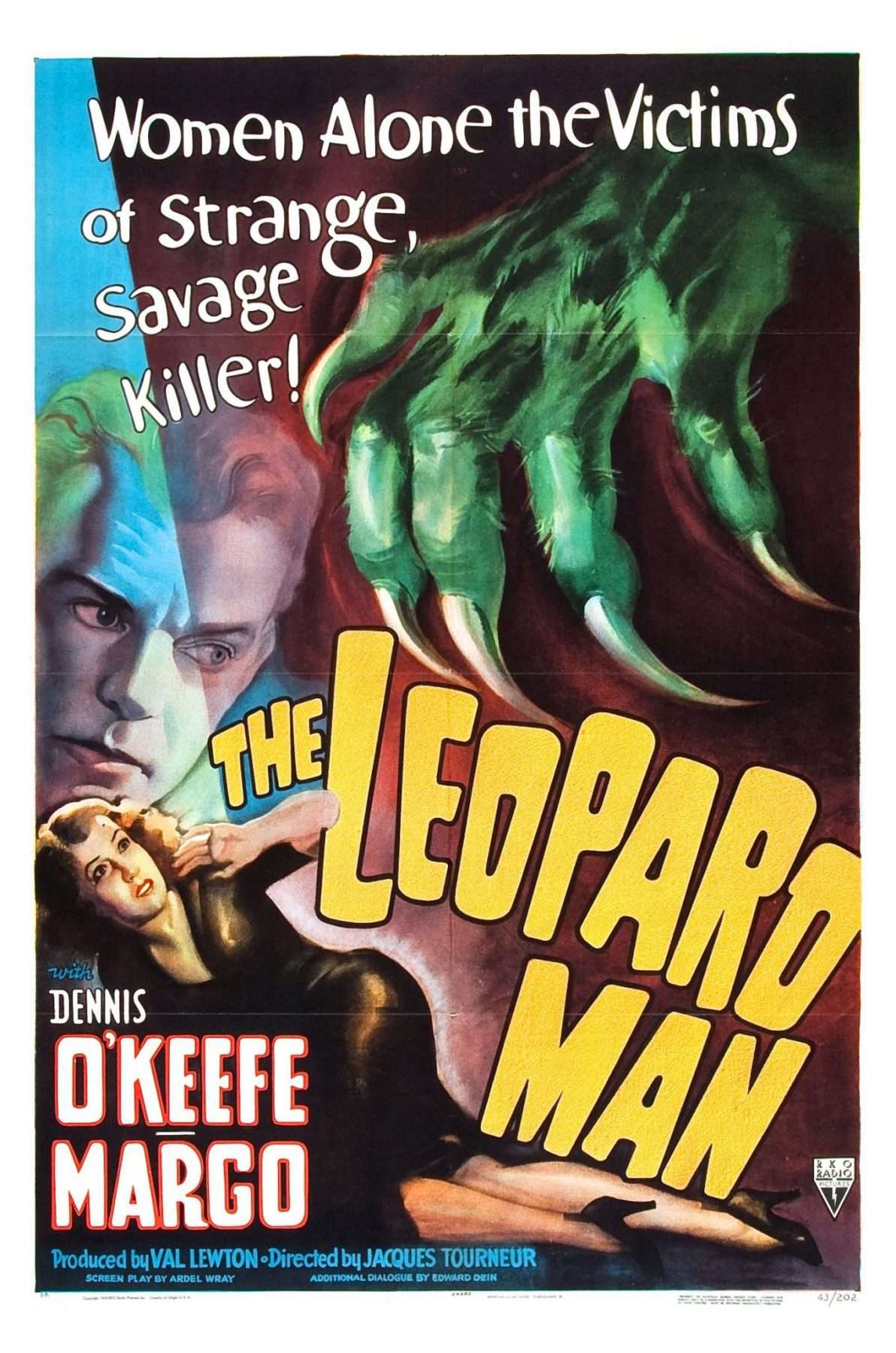 When Latin dancer Clo-Clo (Margo) begins to overshadow nightclub singer Kiki Walker (Jean Brooks), Kiki’s agent, Jerry Manning (Dennis O’Keefe), decides to spice up his client’s act with an enormous black leopard on a leash. But the big cat escapes from the club — and soon after, a young girl (Margaret Landry) and others are found dead around their small town. When evidence suggests that the killer may be human, suspicion falls on the leopard’s Native American owner (Abner Biberman).

WOMEN RIPPED BY FANG AND CLAW BY SAVAGE MONSTER Death strikes from lonely dark place-who or what is the thrill-killer? (Print Ad-Vancouver Sun,((Vancouver, BC)) 17 July 1943)