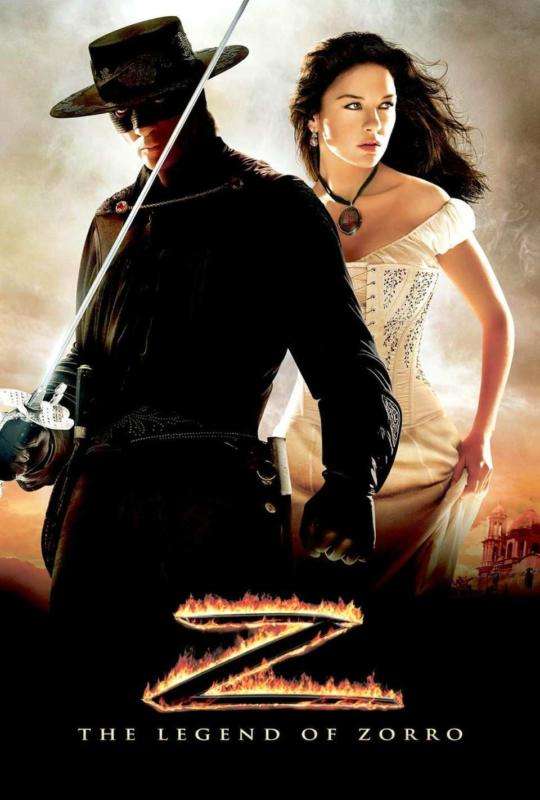 A secret society, the Knights of Aragon, seeks to keep the United States from achieving manifest destiny — and only the legendary Zorro (Antonio Banderas) can stop them. Unfortunately, Zorro, also known as Don Alejandro de la Vega, has problems of his own: His wife, Elena (Catherine Zeta-Jones), is divorcing him for spending too much time pursuing heroics and not enough being a father to their young son. But it isn’t long before the whole family gets caught up in stopping the Knights.

This Fall, adventure begins with a Z.