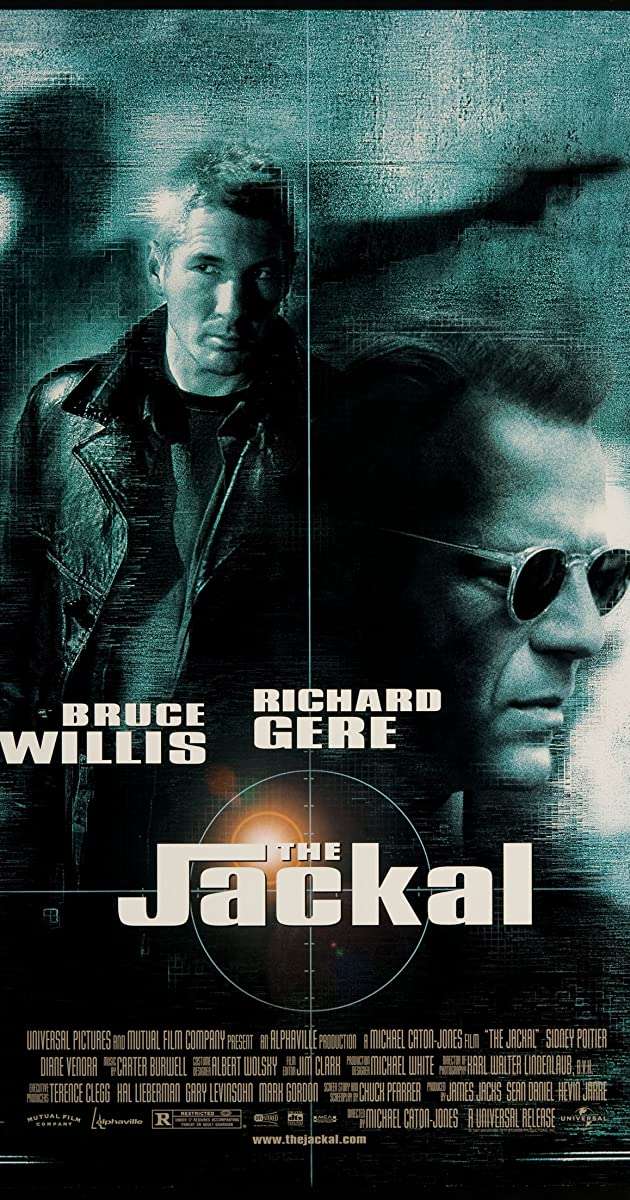 During an FBI raid on a Moscow nightclub, the brother of Russian gangster Terek Murad (David Hayman) is killed. Murad wants revenge and hires anonymous hit man the Jackal (Bruce Willis) to kill FBI Deputy Director Carter Preston (Sidney Poitier). With the help of Russian agent Valentina Koslova (Diane Venora), Preston finds the only man who knows what the notorious Jackal looks like, imprisoned IRA terrorist Declan Mulqueen (Richard Gere), and forces him to help hunt down the hit man.

How do you stop an assassin who has no identity?