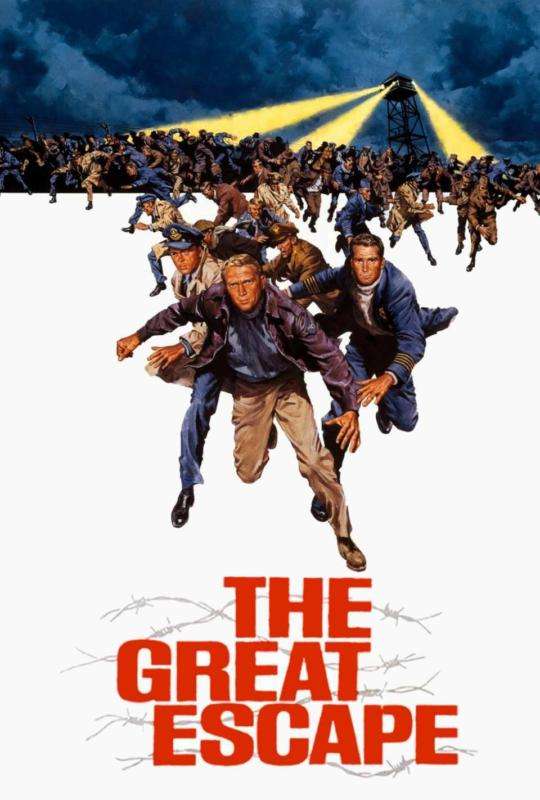 Imprisoned during World War II in a German POW camp, a group of Allied soldiers are intent on breaking out, not only to escape, but also to draw Nazi forces away from battle to search for fugitives. Among the prisoners determined to escape are American Captain Virgil Hilts (Steve McQueen) and British Squadron Leader Roger Bartlett (Richard Attenborough). Outwitting their captors by digging a tunnel out of the prison grounds, the soldiers find the stakes much higher when escape becomes a reality.