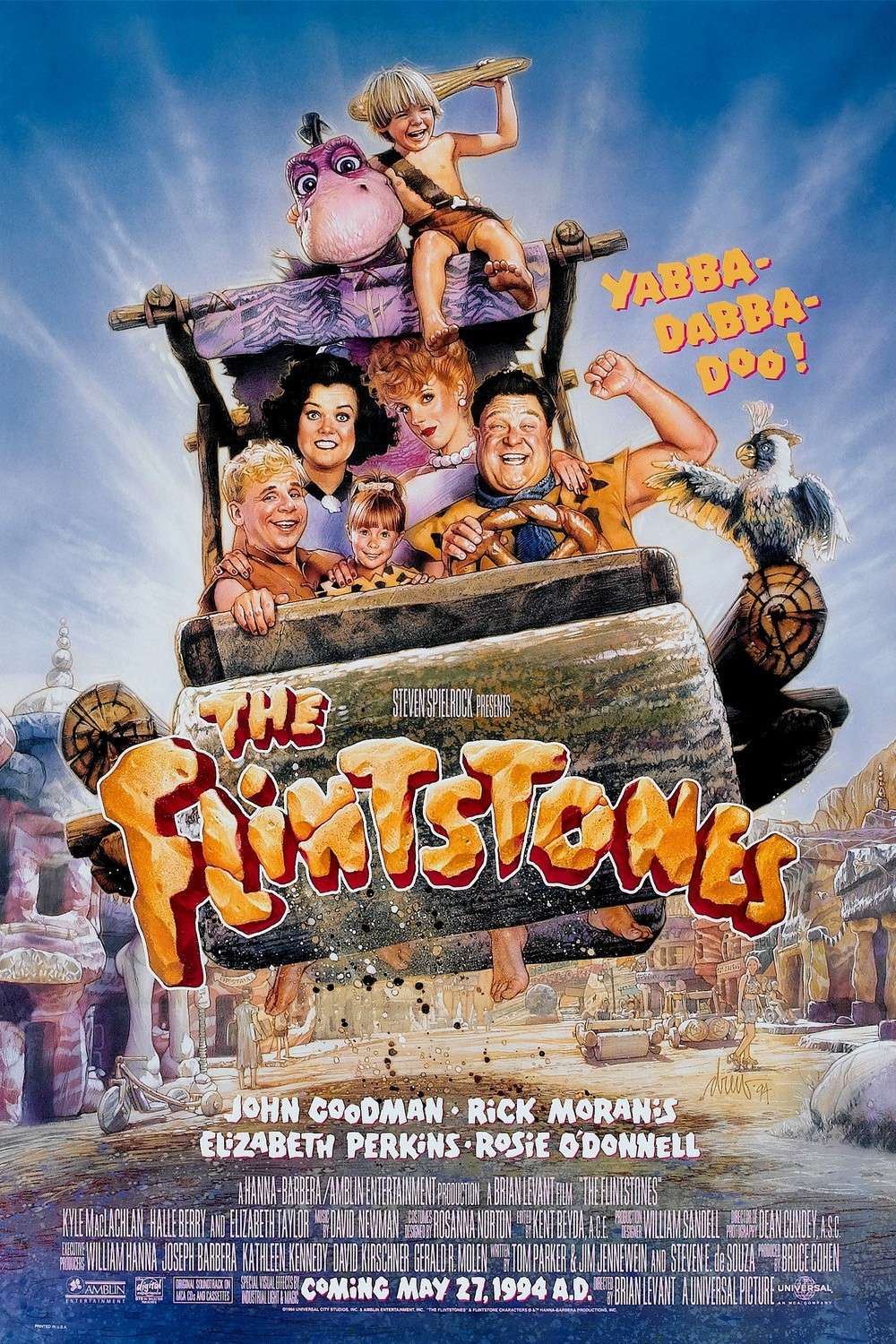 Big-hearted, dim-witted factory worker Fred Flintstone (John Goodman) lends money to his friend Barney Rubble (Rick Moranis) so that he can adopt a baby. As thanks, Barney swaps his IQ test for Fred’s during an executive search program. After getting promoted, however, Fred becomes embroiled in the dastardly scheming of his boss Cliff Vandercave (Kyle MacLachlan), who enlists his secretary, Sharon Stone (Halle Berry), to seduce Fred, angering Fred’s wife, Wilma (Elizabeth Perkins).