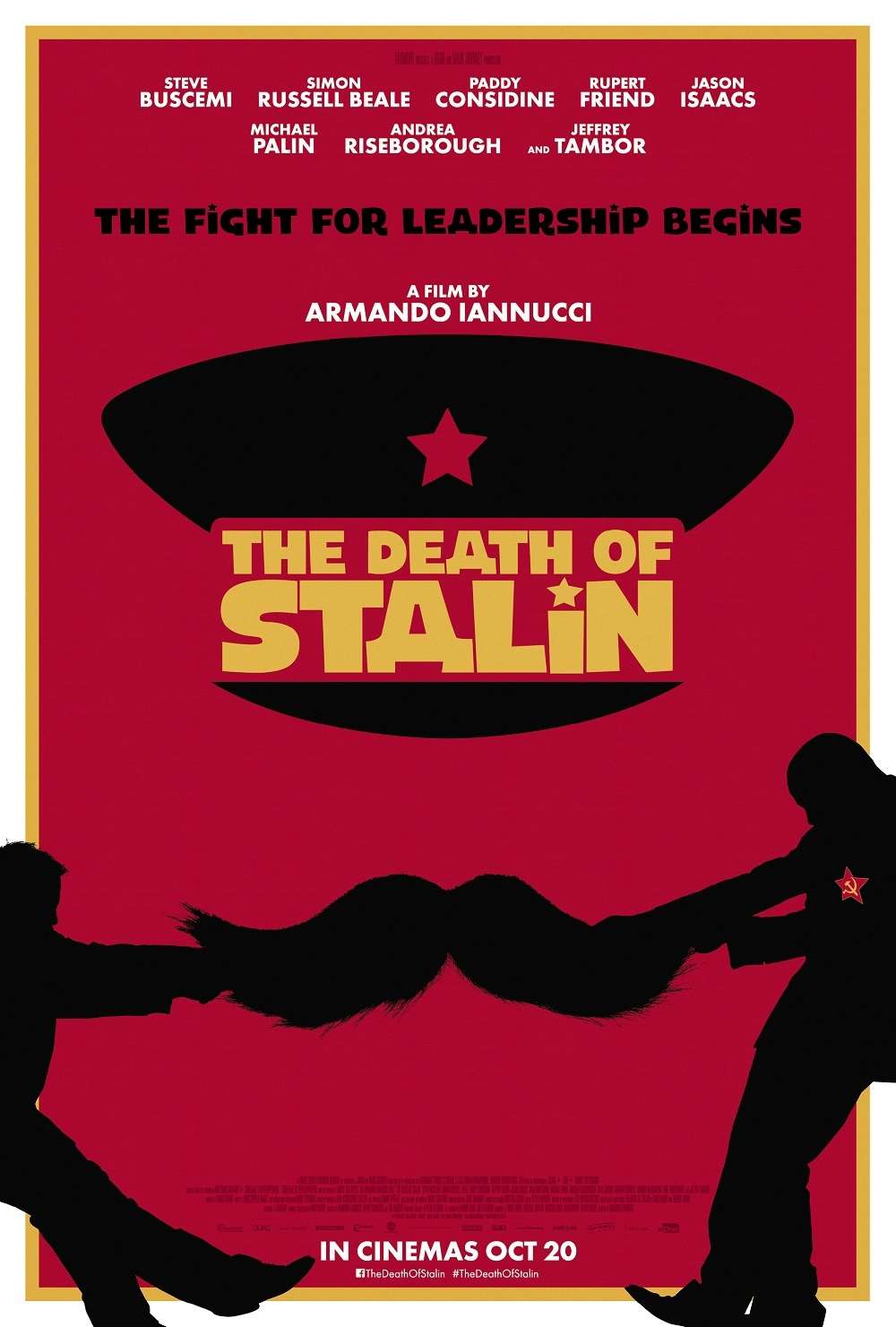 When tyrannical dictator Joseph Stalin dies in 1953, his parasitic cronies square off in a frantic power struggle to become the next Soviet leader. Among the contenders are the dweebish Georgy Malenkov, the wily Nikita Khrushchev and Lavrenti Beria — the sadistic secret police chief. As they bumble, brawl and back-stab their way to the top, the question remains — just who is running the government?

In the Kremlin, no one can hear you scheme.