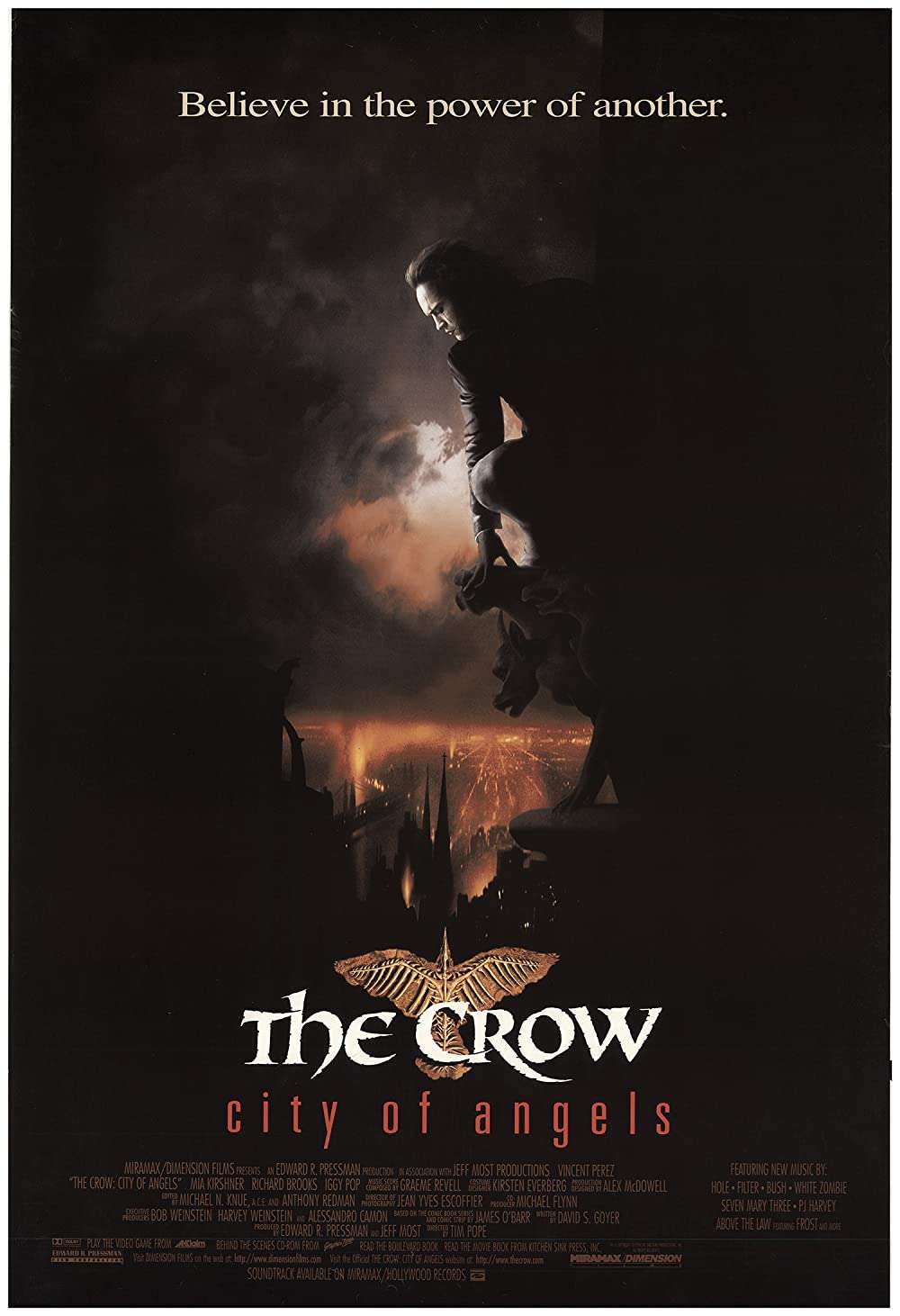 After mechanic Ashe (Vincent Perez) and his son (Eric Acosta) witness a murder, they are captured and killed by drug lord Judah (Richard Brooks). Soon, a young artist named Sarah (Mia Kirshner) meets Ashe, who has just returned from the dead. Sarah, who had known a man resurrected into the vengeful warrior the Crow years ago, explains to Ashe that he is now the Crow. Ashe sets out to get revenge by slaying Judah and his minions, but Judah discovers the Crow’s power and craves it for himself.

Belive in the power of another.