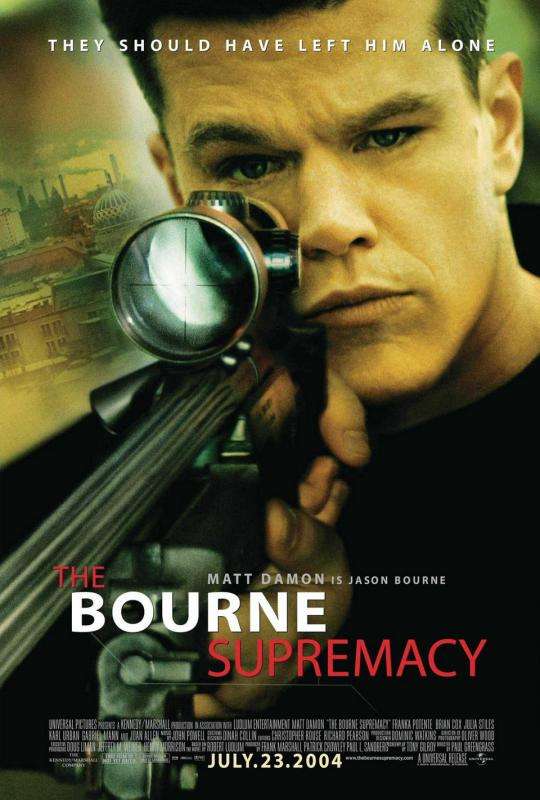 Jason Bourne (Matt Damon) is living in India when he is framed by Russian agent Kirill (Karl Urban) for the theft of millions from the CIA. Kirill begins to pursue Bourne, intending to assassinate him — but while Bourne and his girlfriend, Marie (Franka Potente), are on the run, a shot meant for him kills her instead. Vowing revenge, Bourne sets out to prove his innocence and bring the culprits to justice, but he has to evade CIA head Pamela Landry (Joan Allen), who is convinced he is guilty.

Sie nahmen ihm seine Identität. Jetzt will er sie zurück. (They took away his identity. Now he wants it back.) See more »