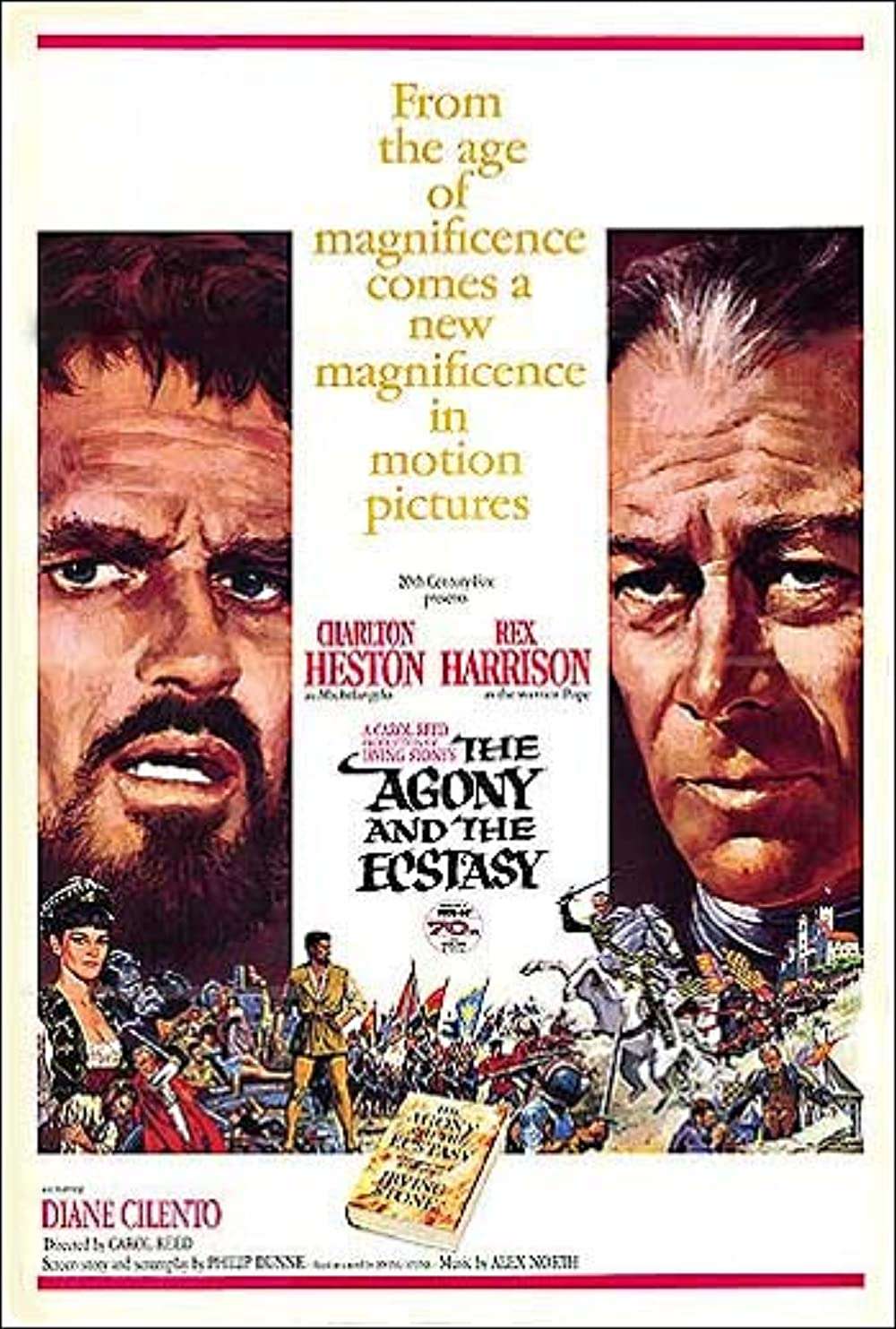 During the Italian Renaissance, Pope Julius II (Rex Harrison) contracts the influential artist Michelangelo (Charlton Heston) to sculpt 40 statues for his tomb. When the pope changes his mind and asks the sculptor to paint a mural in the Sistine Chapel, Michelangelo doubts his painting skills and abandons the project. Divine inspiration returns Michelangelo to the mural, but his artistic vision clashes with the pope’s demanding personality and threatens the success of the historic painting.