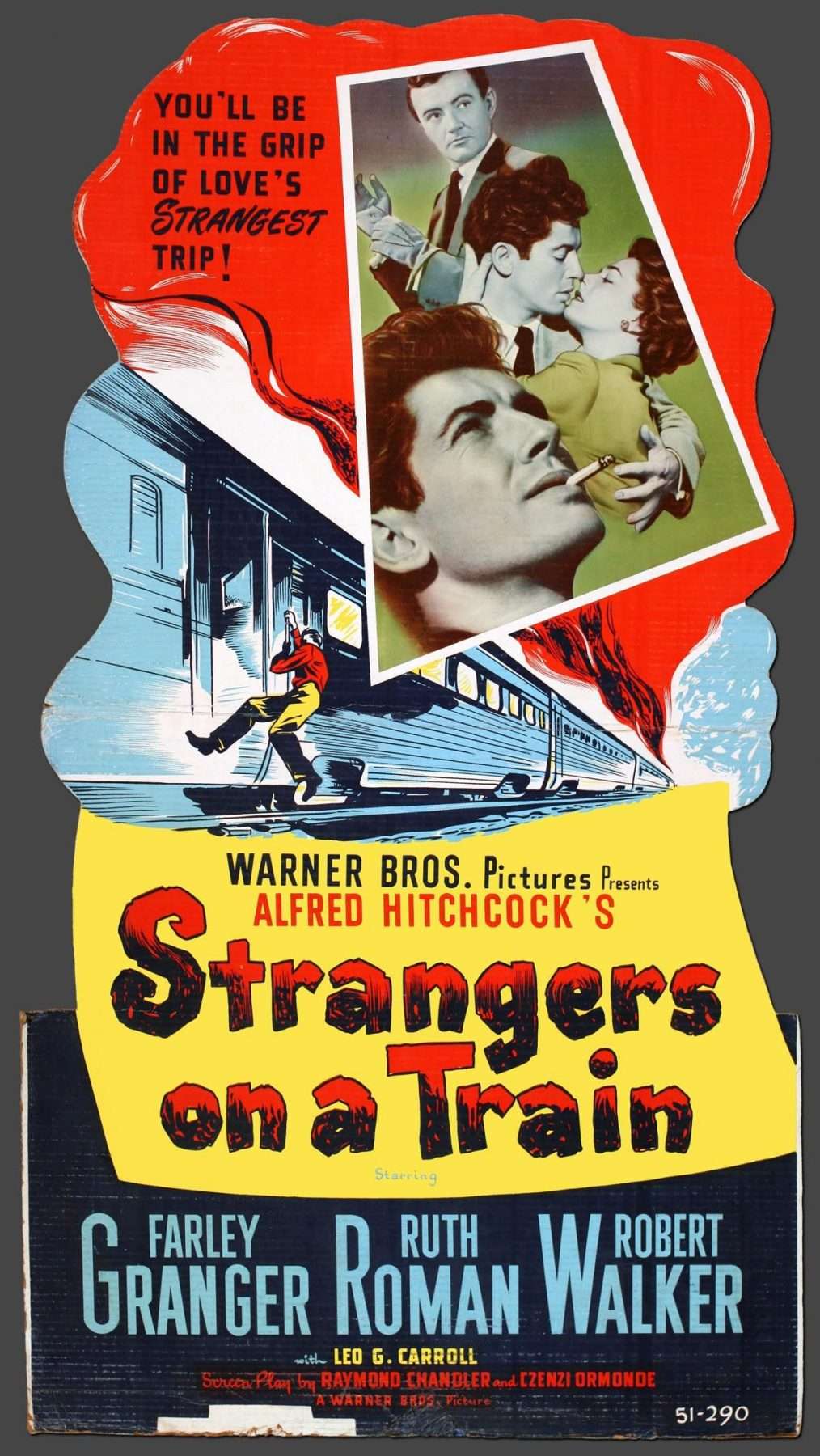 In Alfred Hitchcock’s adaptation of Patricia Highsmith’s thriller, tennis star Guy Haines (Farley Granger) is enraged by his trampy wife’s refusal to finalize their divorce so he can wed senator’s daughter Anne (Ruth Roman). He strikes up a conversation with a stranger, Bruno Anthony (Robert Walker), and unwittingly sets in motion a deadly chain of events. Psychopathic Bruno kills Guy’s wife, then urges Guy to reciprocate by killing Bruno’s father. Meanwhile, Guy is murder suspect number one.

It starts with the shriek of a train whistle… and ends with shrieking excitement! See more »