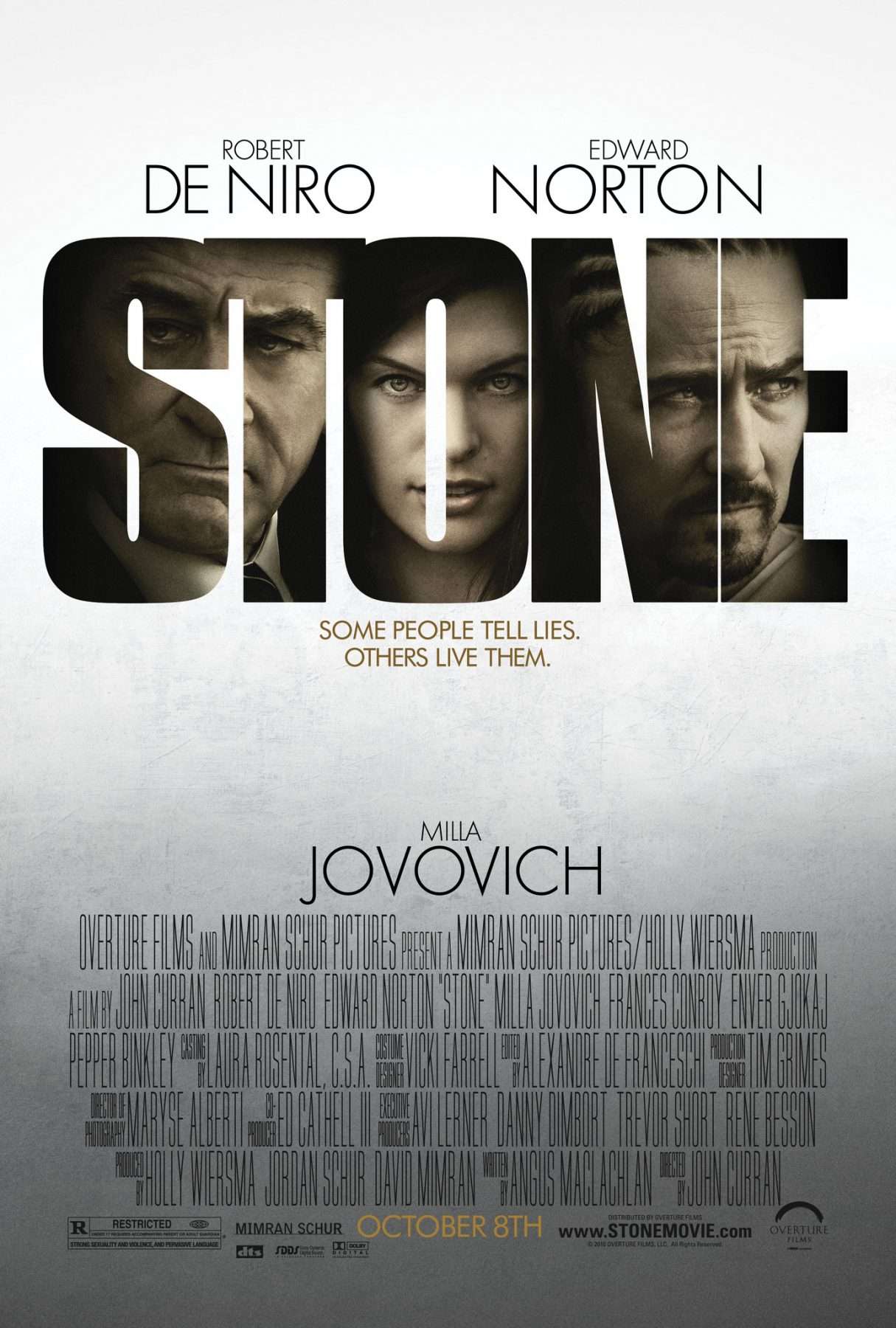 Parole officer Jack Mabry (Robert De Niro) is just days from retirement and busy wrapping up the last few cases, including that of Gerald “Stone” Creeson (Edward Norton), a thug who burned his grandparents’ house to cover up their murders. Creeson is desperate to get out of prison and will do anything to secure his parole, including telling his girlfriend to seduce Mabry. Creeson’s manipulations awaken the monster within Mabry, leading to unexpected consequences for them both.

Some People Tell Lies. Others Live Them.