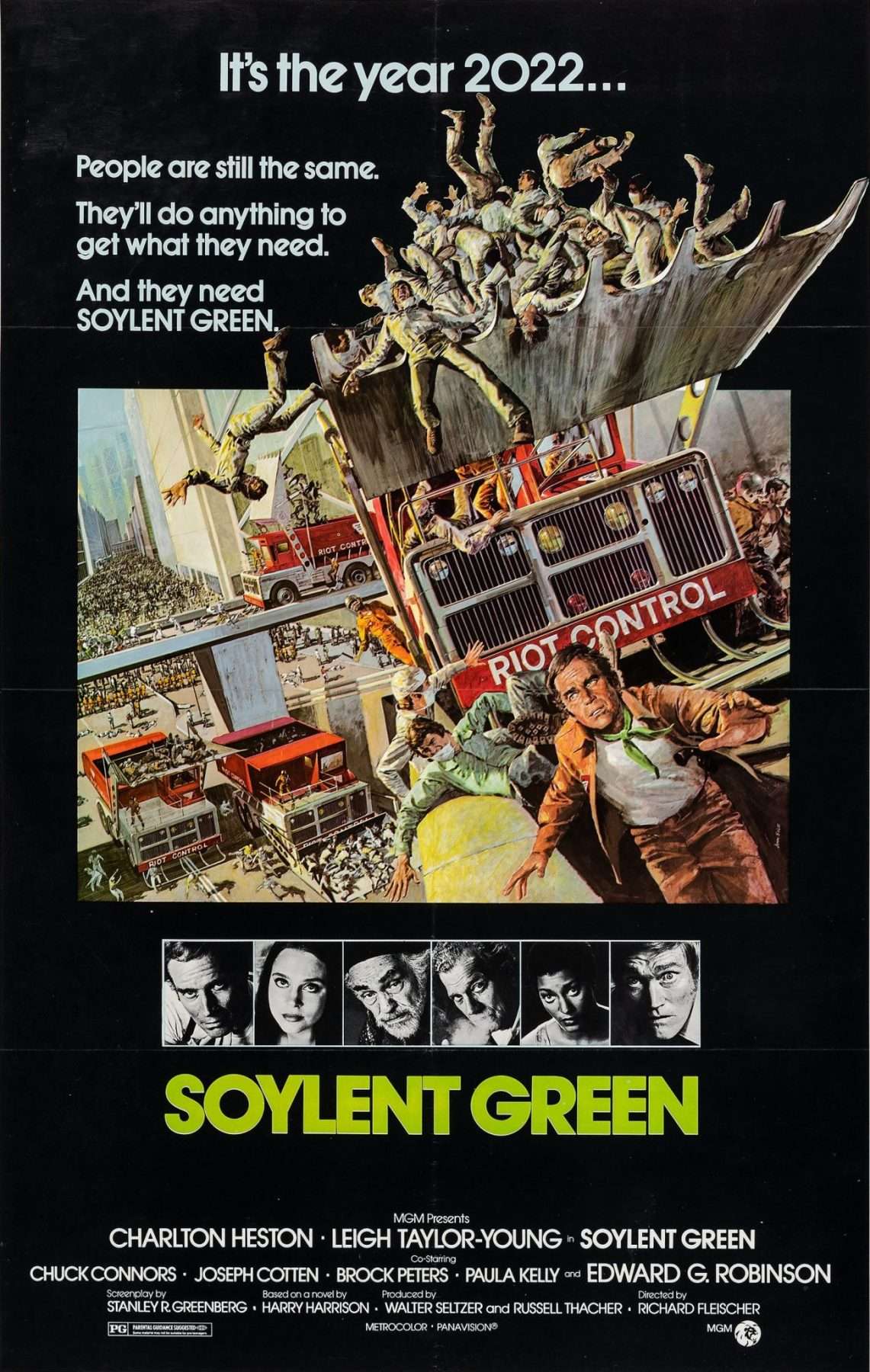 In a densely overpopulated, starving New York City of the future, NYPD detective Robert Thorn (Charlton Heston) investigates the murder of an executive at rations manufacturer Soylent Corporation. With the help of elderly academic Solomon “Sol” Roth (Edward G. Robinson), Thorn begins to make real progress — until the governor mysteriously pulls the plug. Obsessed with the mystery, Thorn steps out from behind the badge and launches his own investigation into the murder.

What is the secret of Soylent Green?