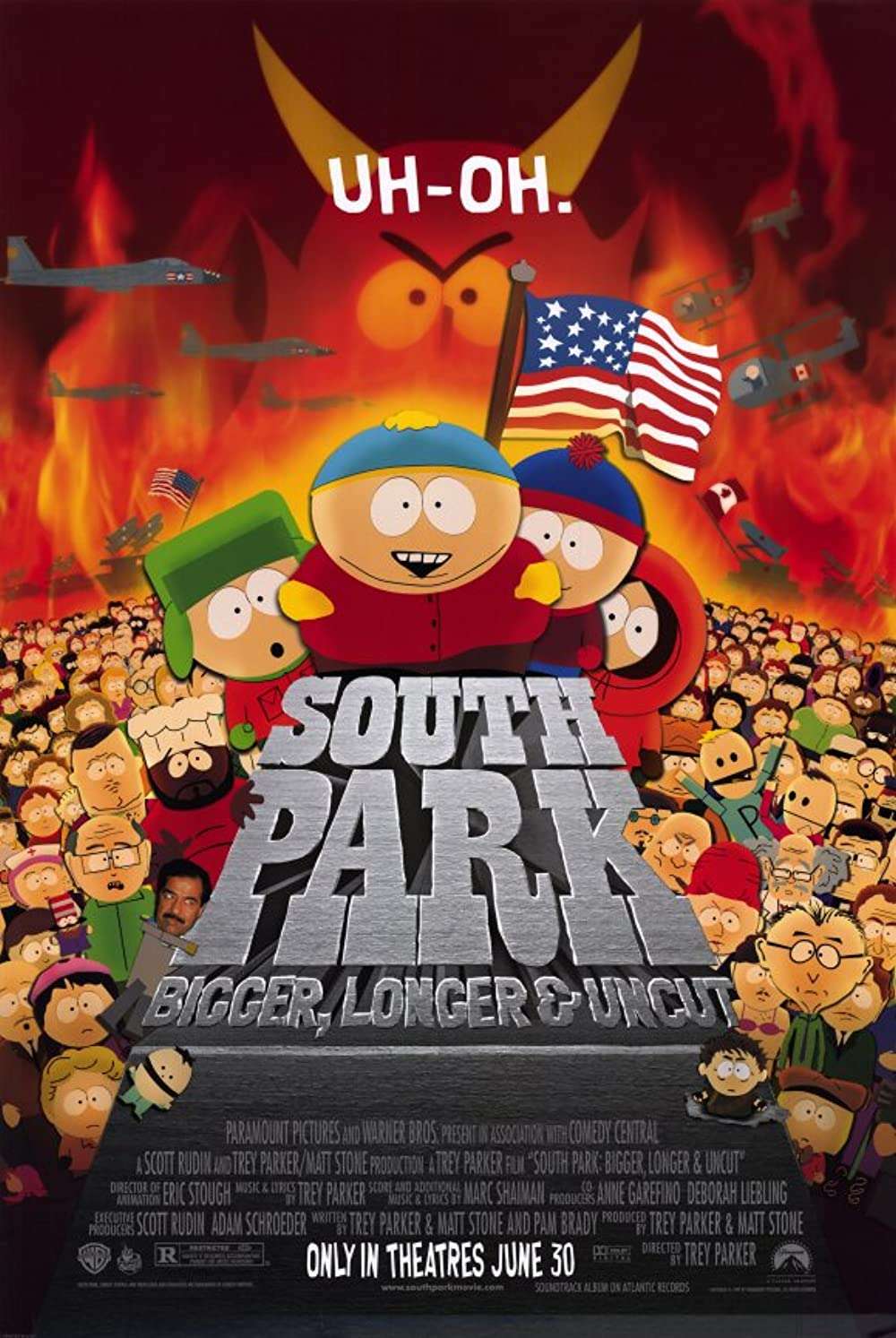 In this feature film based on the hit animated series, the third graders of South Park sneak into an R-rated film by ultra-vulgar Canadian television personalities Terrance (Matt Stone) and Phillip (Trey Parker), and emerge with expanded vocabularies that leave their parents and teachers scandalized. When outraged Americans try to censor the film, the controversy becomes a call to war with Canada, and Terrance and Phillip end up on death row — with only the kids left to save them.