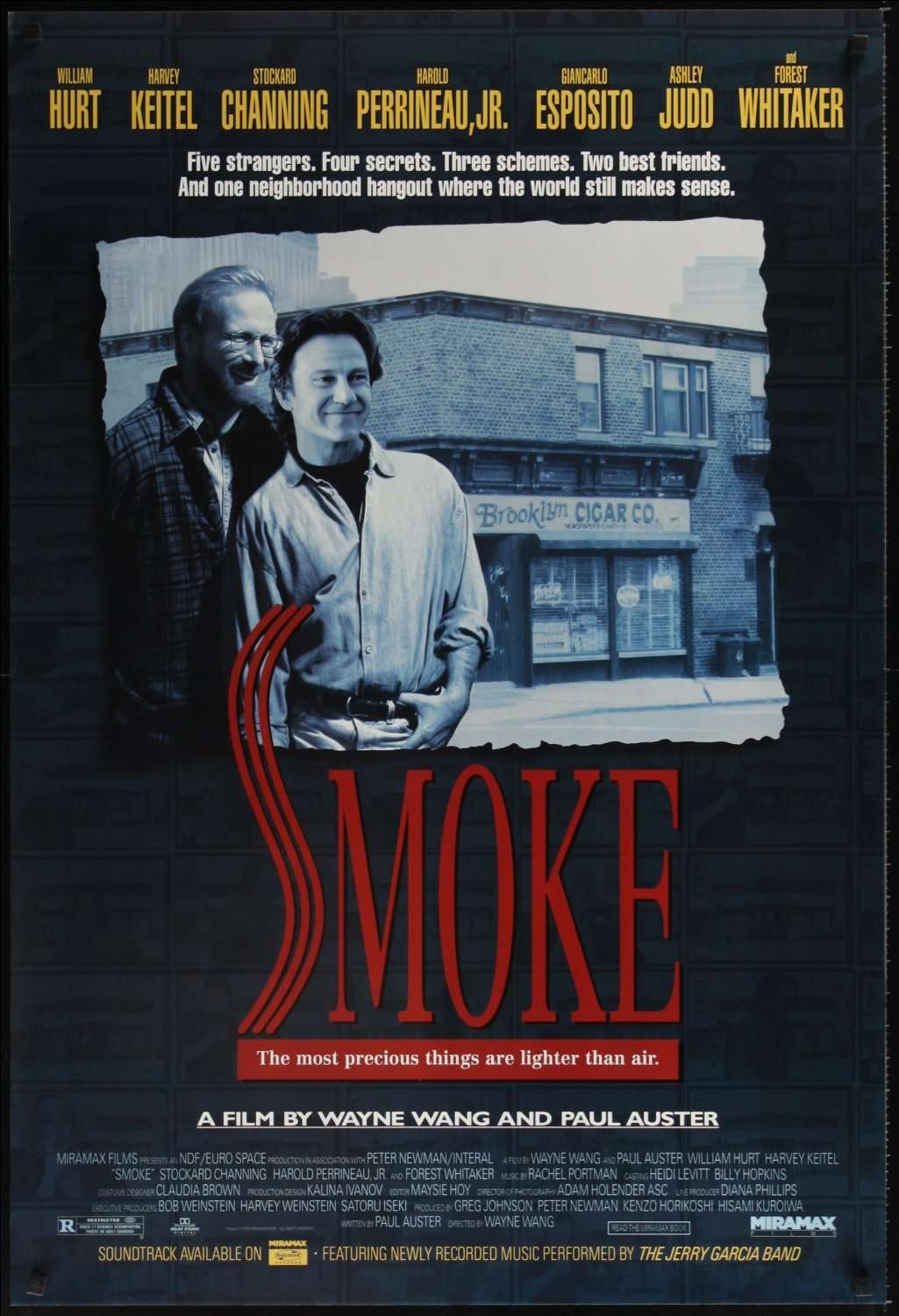 Writer Paul Benjamin (William Hurt) is nearly hit by a bus when he leaves Auggie Wren’s (Harvey Keitel) smoke shop. Stranger Rashid Cole (Harold Perrineau Jr.) saves his life, and soon middle-aged Paul tells homeless Rashid that he wouldn’t mind a short-term housemate. Still grieving over his wife’s murder, Paul is moved by both Rashid’s quest to reconnect with his father (Forest Whitaker) and Auggie’s discovery that a woman who might be his daughter is about to give birth.