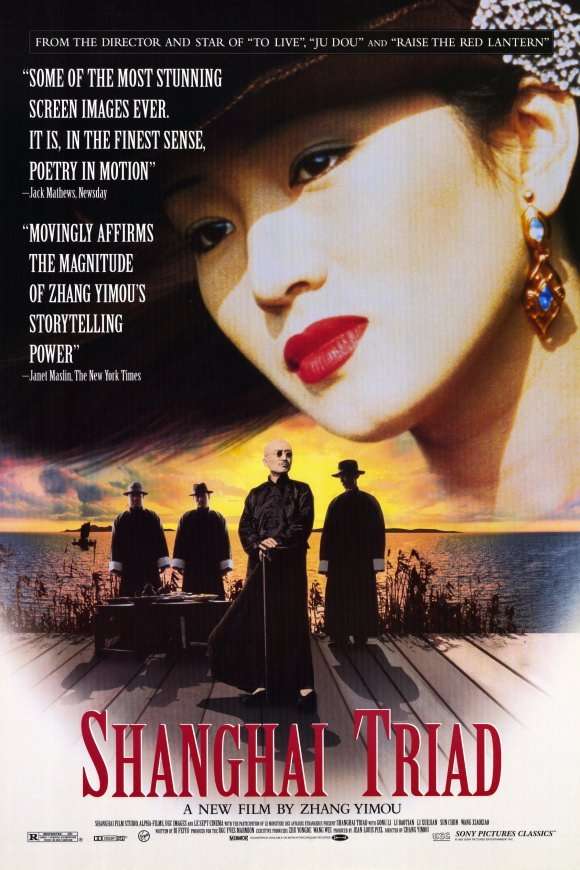 When teenager Shuisheng (Wang Xiaoxiao Cuihua) arrives to Shanghai from the country, he is brought by his uncle (Li Xuejian) to work for gang leader Tang (Baotian Li). Tang assigns Shuisheng to aid his girlfriend Xiao Jinbao (Gong Li), a nightclub singer. After a rival gang kills some of Tang’s men, he takes Shuisheng and Jinbao to an island hideout. Here Jinbao forms a friendship with peasant Cuihau (Jiang Baoying), while Tang attempts to determine if there are traitors in his ranks.

In the Shanghai Triad (1995)1930s Shanghai violence was not the problem. It was the solution.