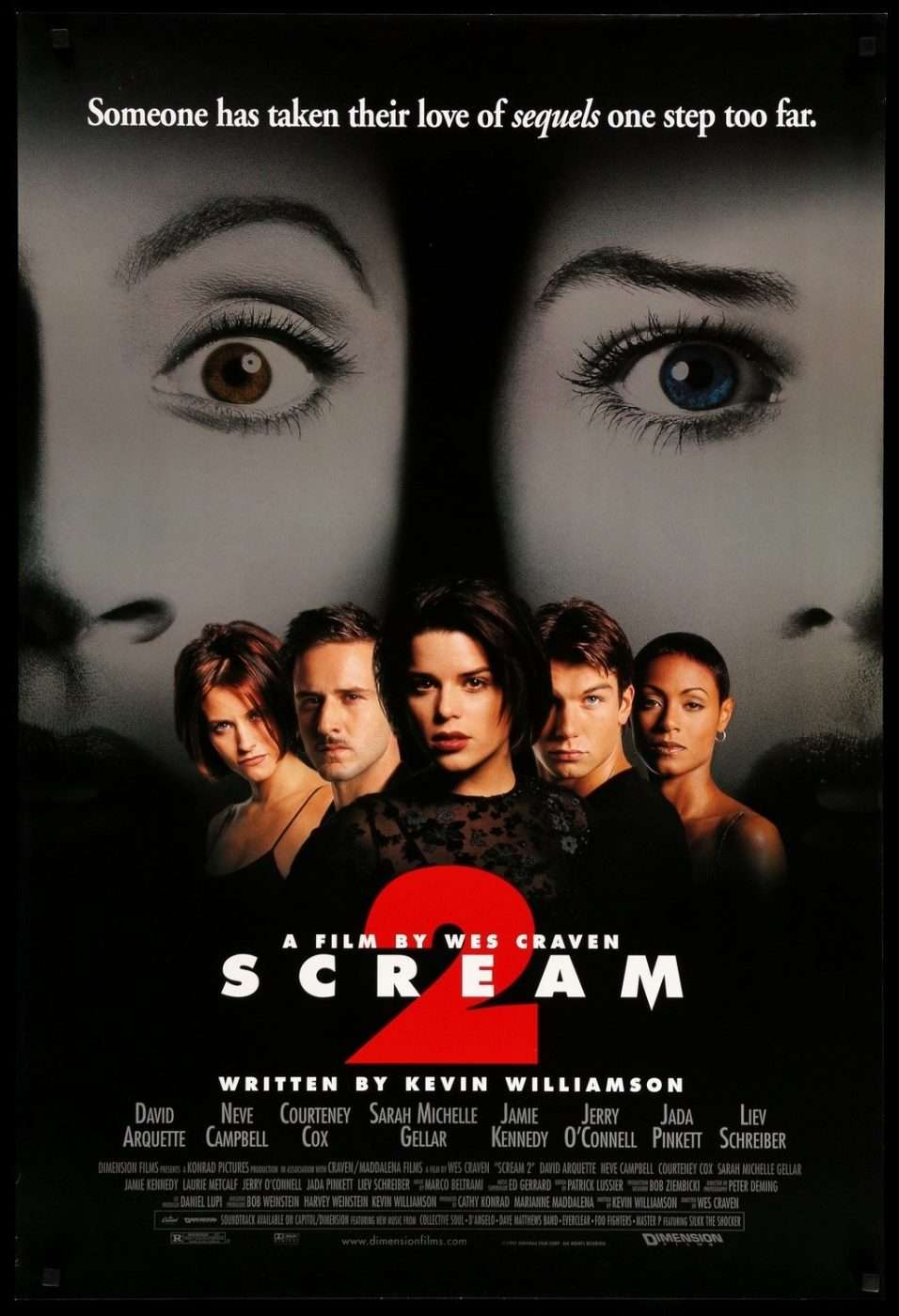 Sydney (Neve Campbell) and tabloid reporter Gale Weathers (Courteney Cox) survived the events of the first “Scream,” but their nightmare isn’t over. When two college students are murdered at a sneak preview of “Stab,” a movie based on the events from the first film, it’s clear a copycat killer is on the loose. Sydney and Gail, as well as fellow survivors Deputy Dewey (David Arquette) and Randy (Jamie Kennedy) have to find out who is behind this new murder spree, before they all end up dead.