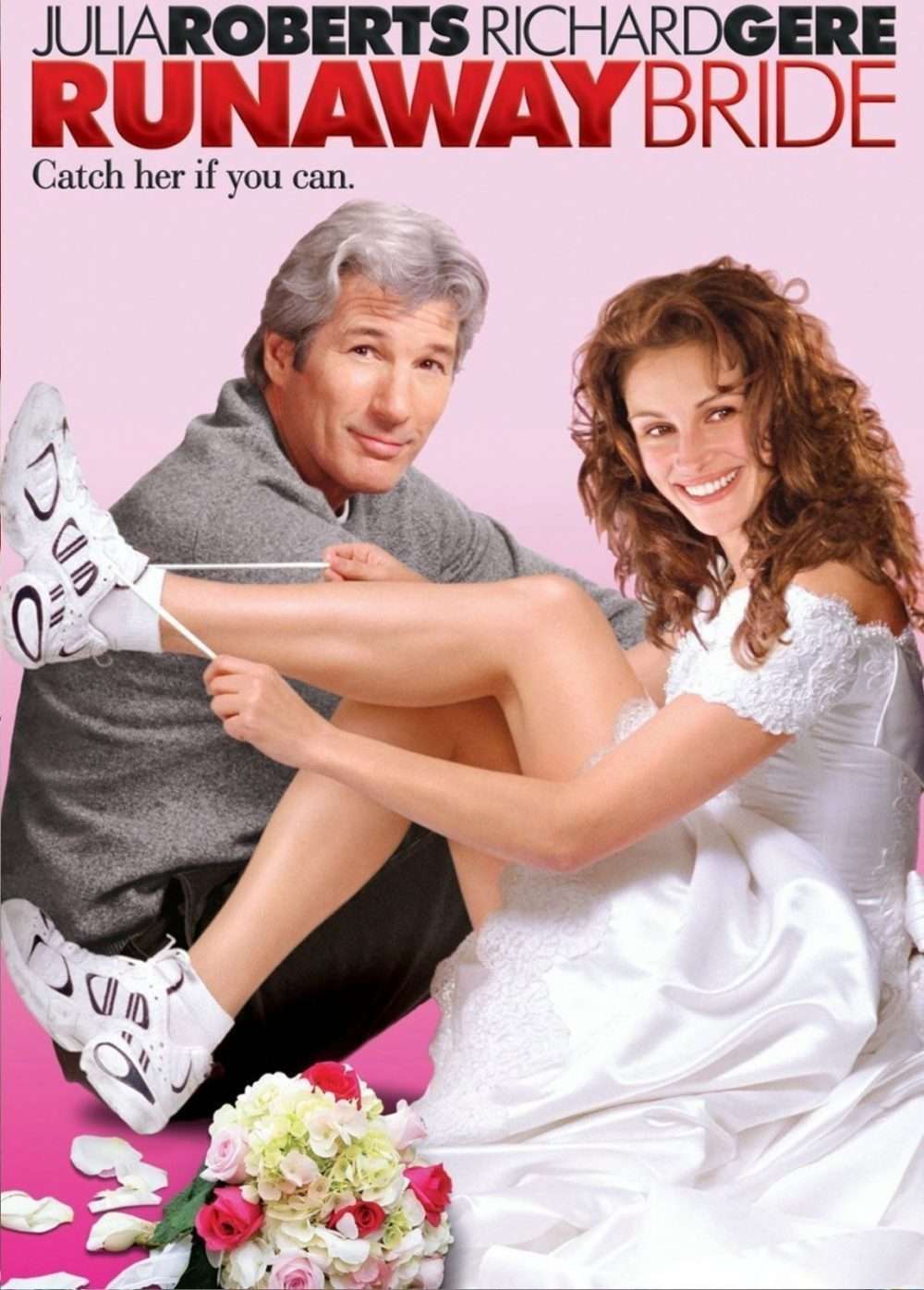 Having already left three grooms at the altar, Maggie Carpenter (Julia Roberts) is branded “the runaway bride” by jaded city journalist Ike Graham (Richard Gere). But, after his facts are called into question, Ike races to Maggie’s hometown to save his reputation and report on her upcoming fourth trip down the aisle — during which he’s convinced she’ll run again. Though he’s there on a muckraking mission, Ike can’t help but fall for this breathtaking heartbreaker.

Catch her if you can.