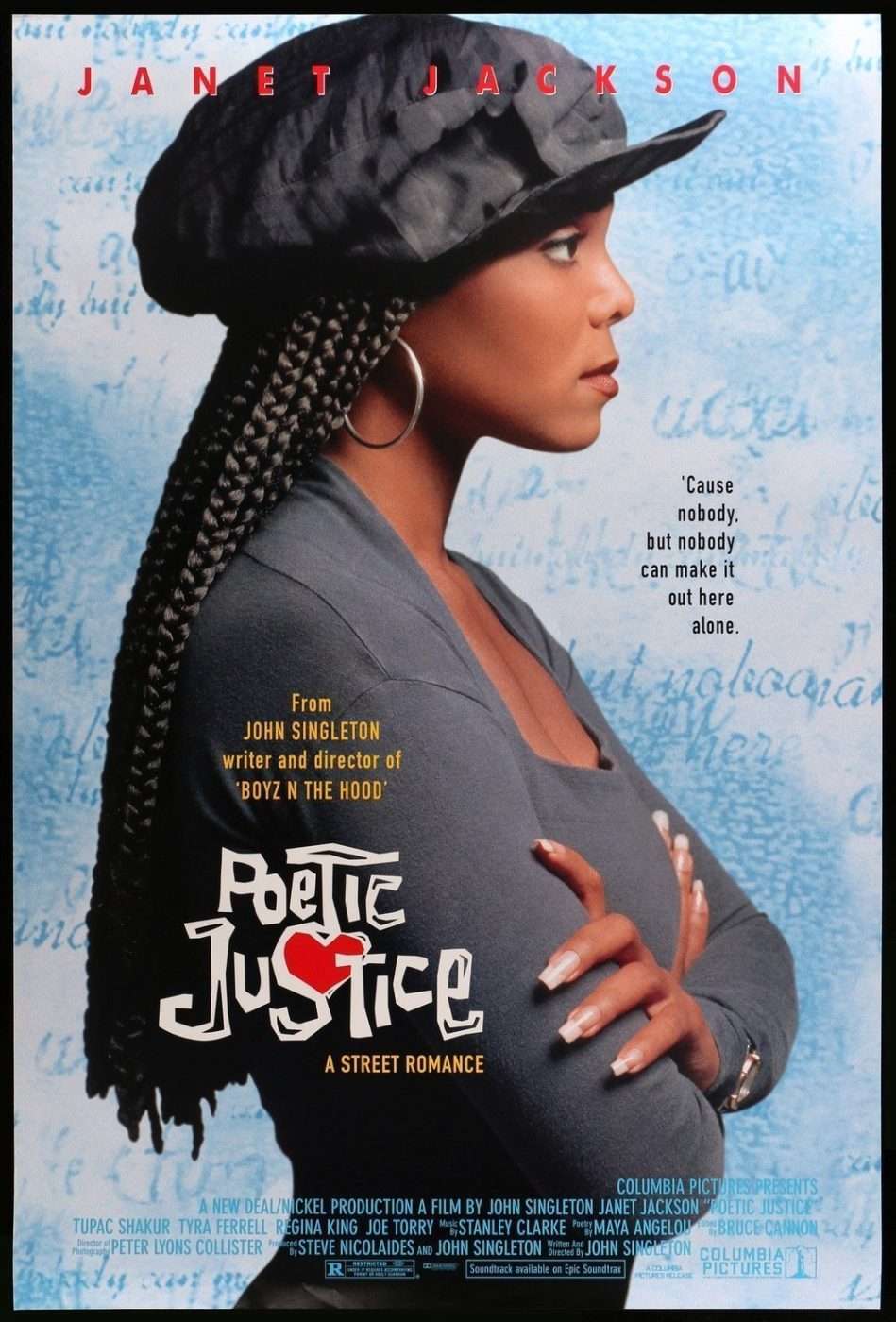 Still grieving after the murder of her boyfriend, hairdresser Justice (Janet Jackson) writes poetry to deal with the pain of her loss. Unable to get to Oakland to attend a convention because of her broken-down car, Justice gets a lift with her friend, Iesha (Regina King) and Iesha’s postal worker boyfriend, Chicago (Joe Torry). Along for the ride is Chicago’s co-worker, Lucky (Tupac Shakur), to whom Justice grows close after some initial problems. But is she ready to open her heart again?

Cause nobody, but nobody can make it out here alone.