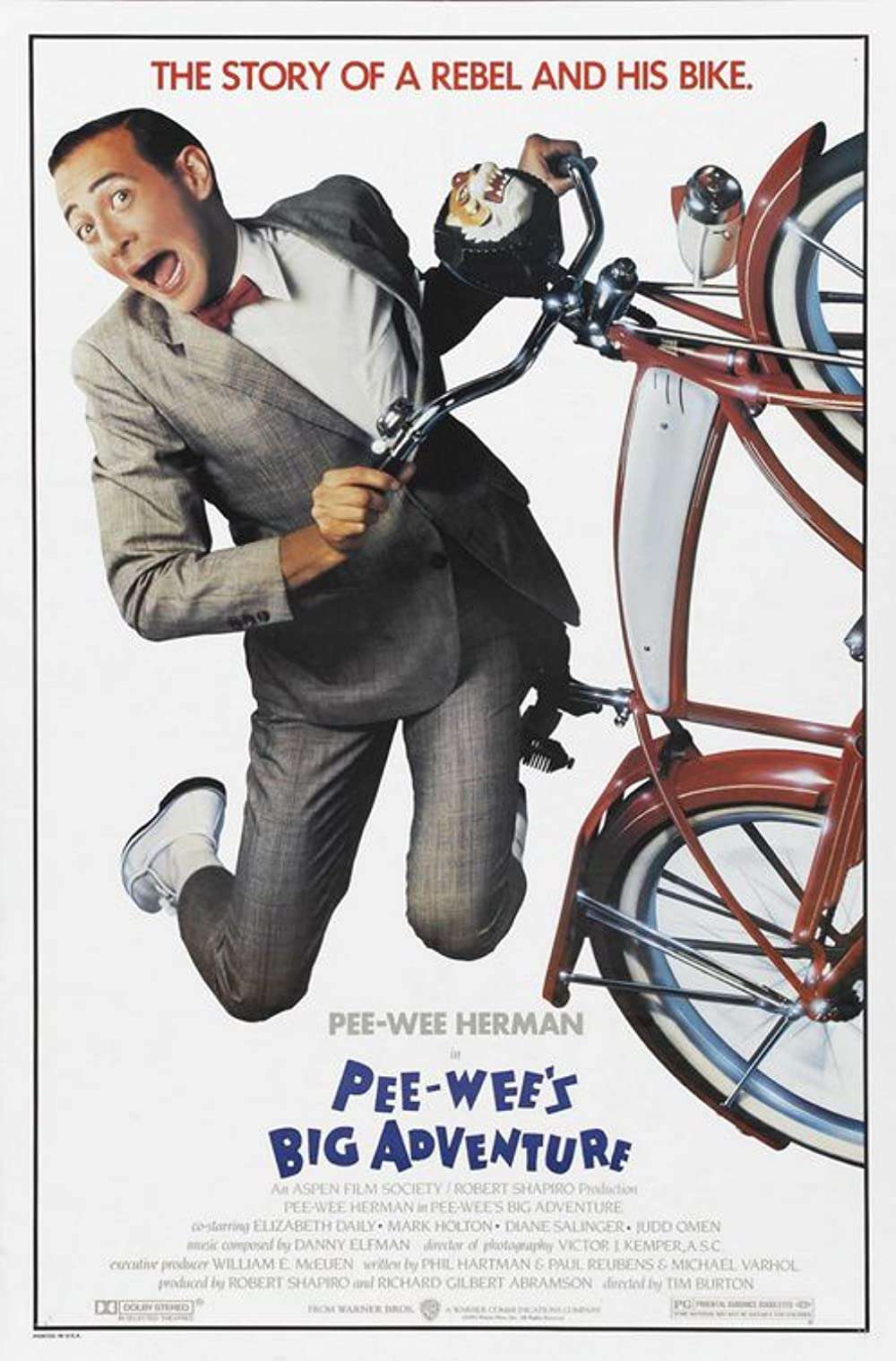 Pee-wee Herman (Paul Reubens), an eccentric child-like man, loves his red bicycle and will not sell it to his envious neighbor, Francis (Mark Holton). While Pee-wee visits his friend Dottie (Elizabeth Daily), the bike is stolen. Thinking his bike is at the Alamo, Pee-wee sets off on a trip, where he meets many remarkable people, including waitress Simone (Diane Salinger) and a motorcycle gang. Eventually, Pee-wee discovers that his bike is being used in a movie and tries to recover it.

You will believe a man can ride a bike.