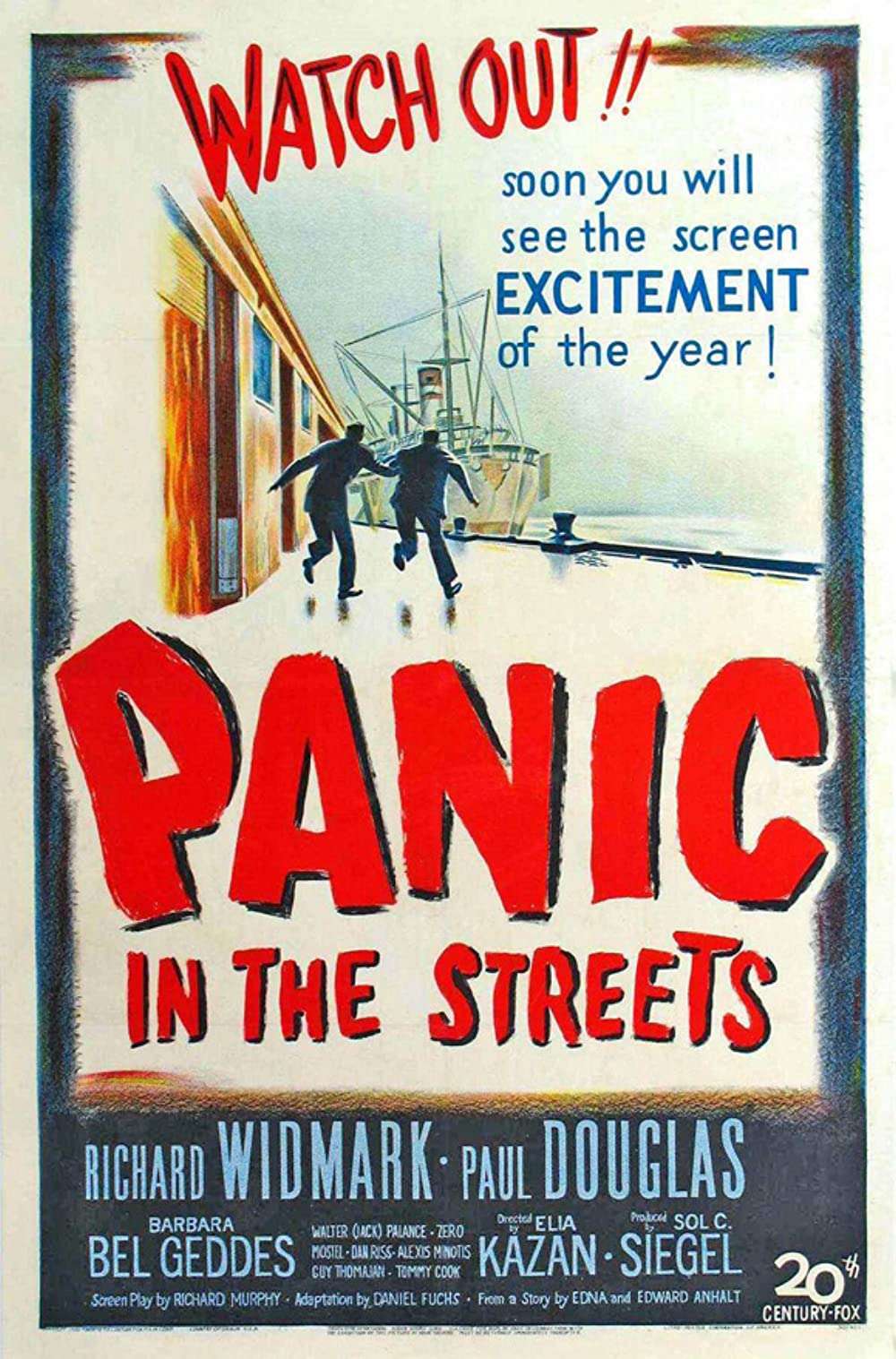 After Dr. Clint Reed (Richard Widmark) is called in to supervise an autopsy of a unknown man, he discovers that the John Doe died of pneumonic plague. Revealing his discovery to the mayor and city officials, Reed is informed that he has 48 hours before the public will be told about a potential outbreak. Joined by Captain Tom Warren (Paul Douglas) and his wife, Nancy (Barbara Bel Geddes), Reed must race against time to find out where the unknown man came from.

WATCH OUT!! soon you will see the screen EXCITEMENT of the year!