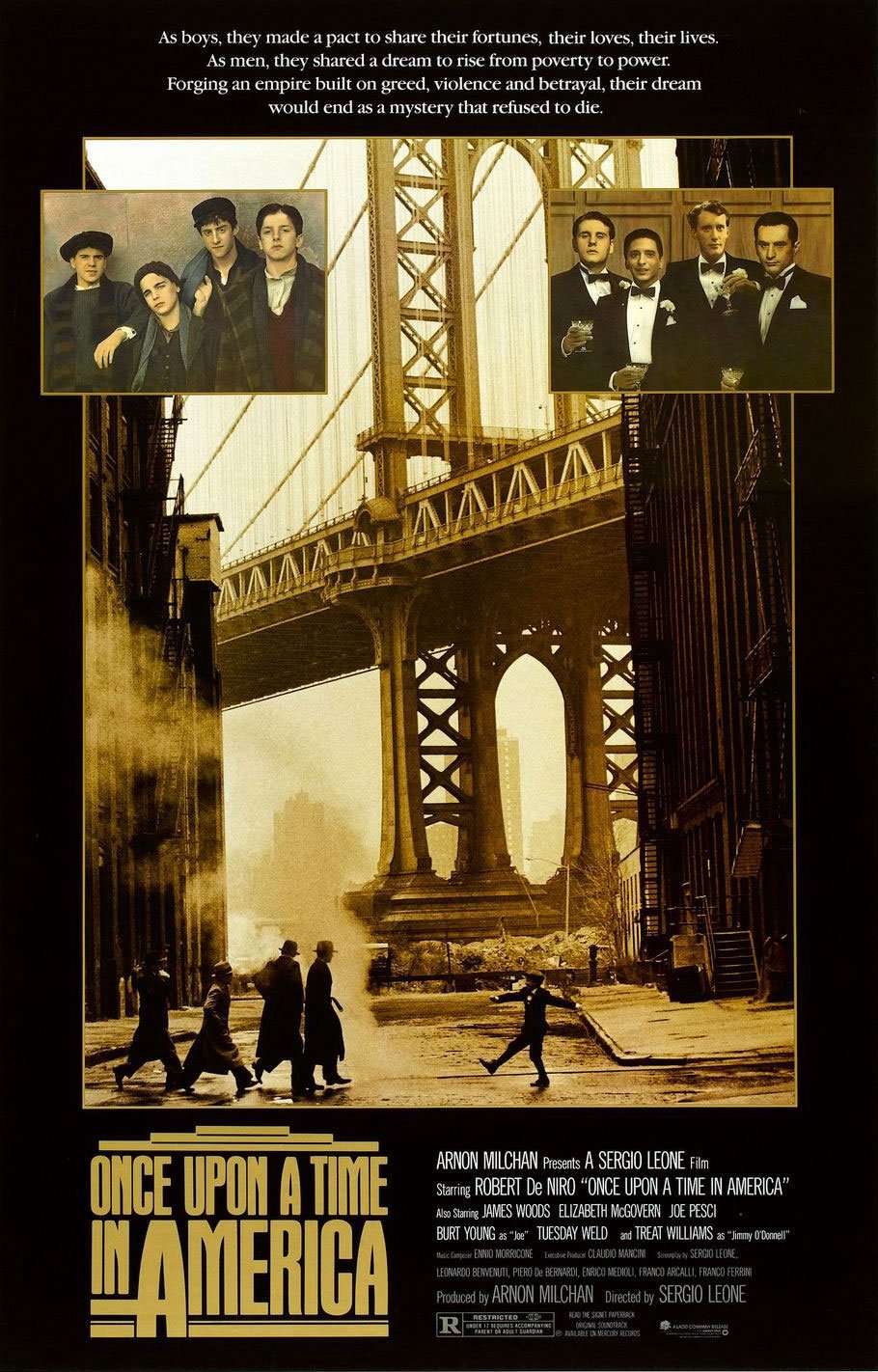 In 1968, the elderly David “Noodles” Aaronson (Robert De Niro) returns to New York, where he had a career in the criminal underground in the ’20s and ’30s. Most of his old friends, like longtime partner Max (James Woods), are long gone, yet he feels his past is unresolved. Told in flashbacks, the film follows Noodles from a tough kid in a Jewish slum in New York’s Lower East Side, through his rise to a bootlegger and then Mafia boss — a journey marked by violence, betrayal, and remorse.