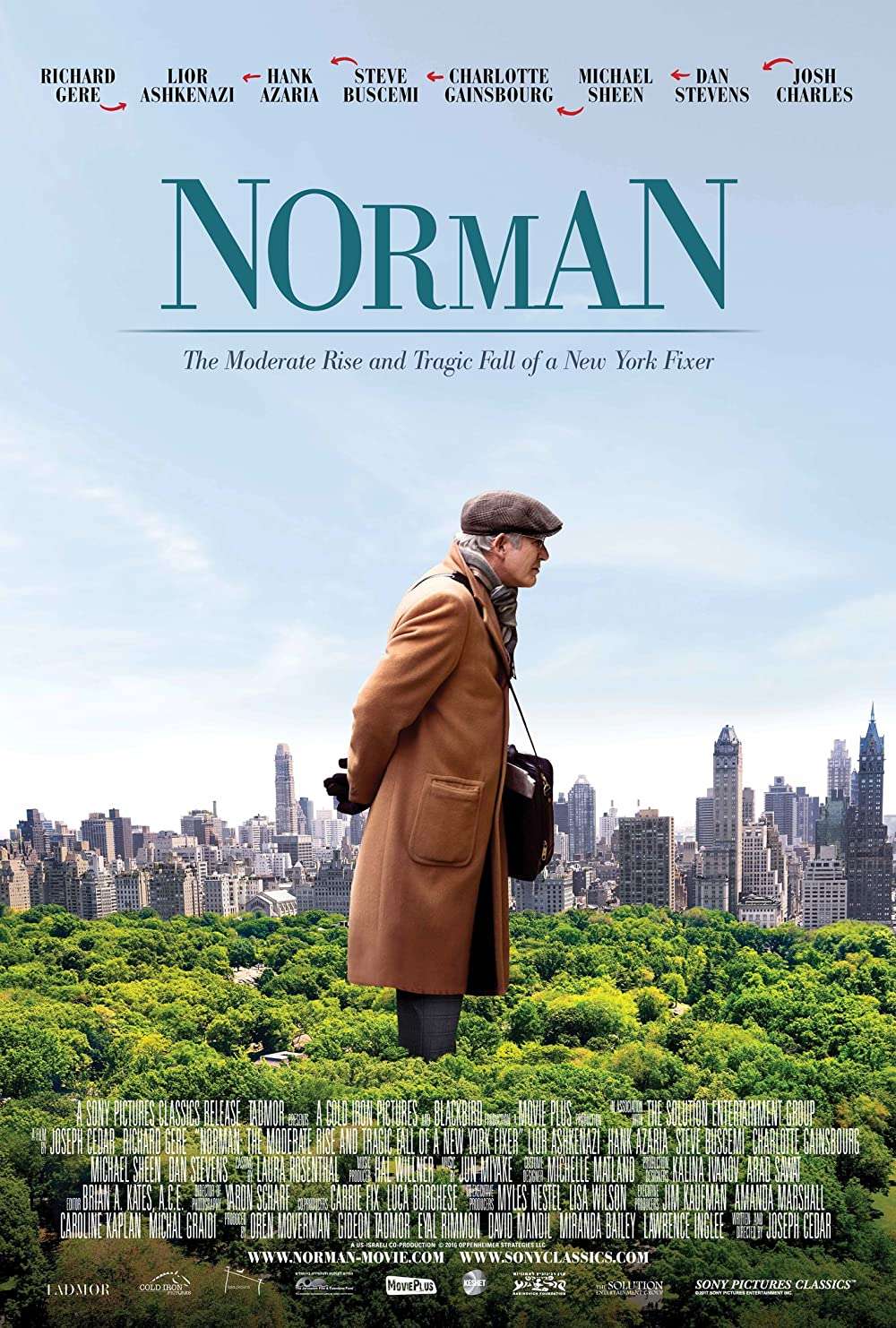 Norman (Richard Gere), a New York fixer, knows the right people and can get things done. When an Israeli dignitary named Eshel (Lior Ashkenazi) comes to the city, Norman decides to impress the man by buying him some very expensive shoes. It works and he establishes a strong connection to the man, but a few years later, when Eshel becomes the Israel prime minister, Norman can’t communicate with him anymore, and this threatens to destroy his reputation.

He’s an operator. He’s an optimist. He’s a mystery.