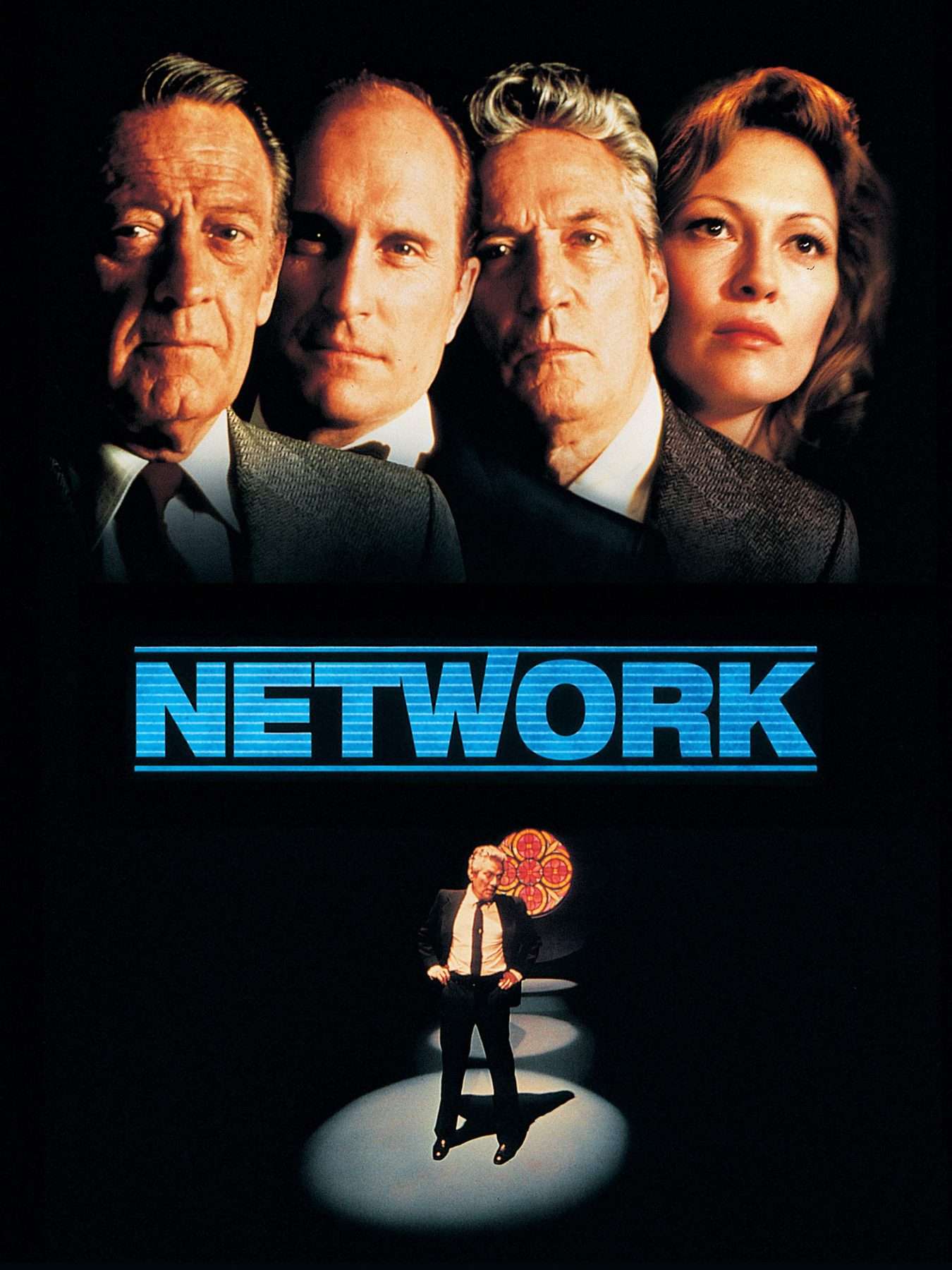 In this lauded satire, veteran news anchorman Howard Beale (Peter Finch) discovers that he’s being put out to pasture, and he’s none too happy about it. After threatening to shoot himself on live television, instead, he launches into an angry televised rant, which turns out to be a huge ratings boost for the UBS network. This stunt allows ambitious producer Diana Christensen (Faye Dunaway) to develop even more outrageous programming, a concept that she takes to unsettling extremes.

“NETWORK”… the humanoids, the love story, the trials and tribulations, the savior of television, the attempted suicides, the assassination — it’s ALL coming along with a galaxy of stars you know and love! See more »