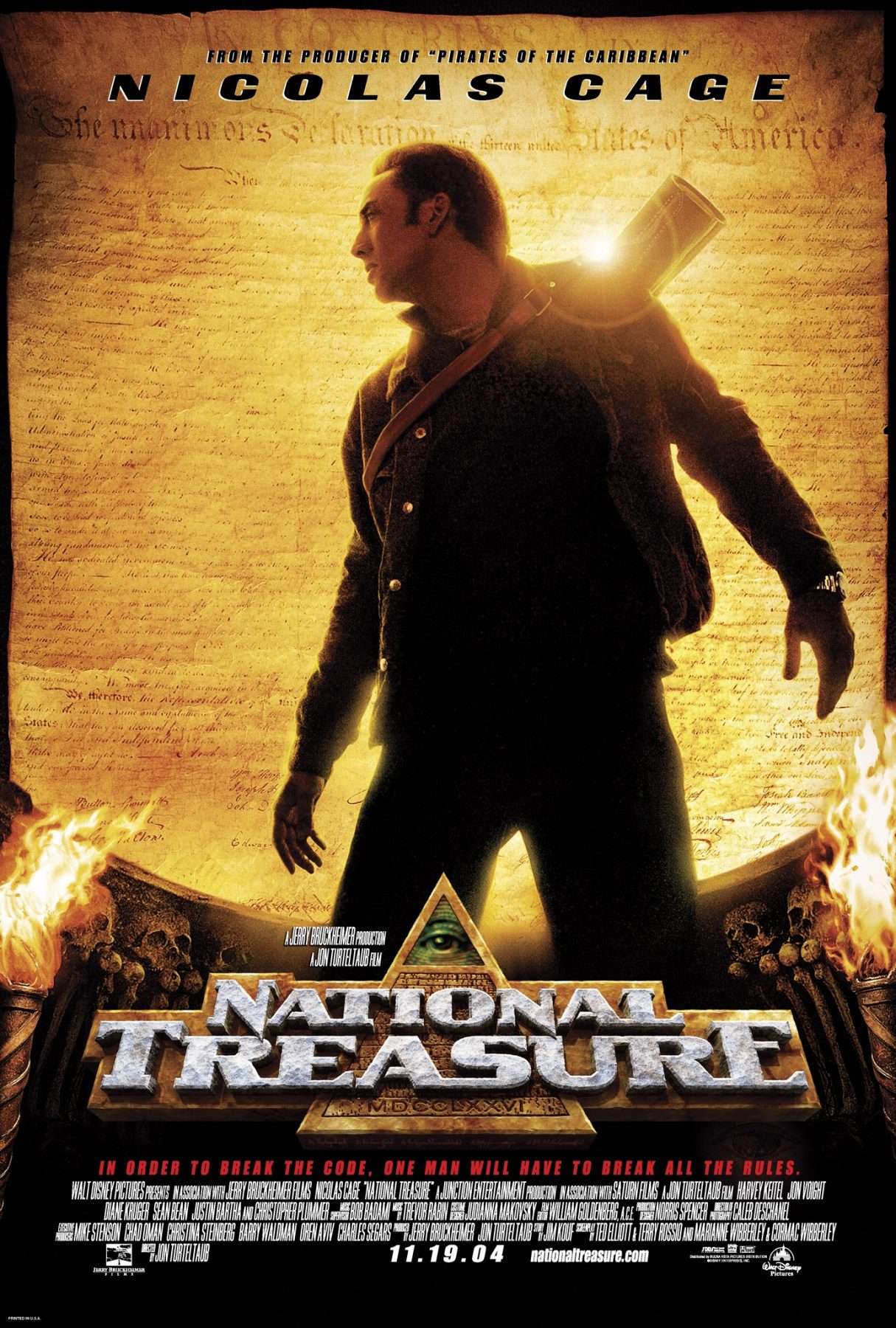 Historian and code-breaker Ben Gates (Nicolas Cage) has been searching his whole life for a rumored treasure dating back to the creation of the United States. Joining an expedition led by fellow treasure hunter Ian Howe (Sean Bean), Gates finds an ice-locked Colonial ship in the Arctic Circle that contains a clue linking the treasure to the Declaration of Independence. But when Howe betrays him, Gates has to race to get to the document ahead of his so-called colleague.

From the producer of “Pirates of the Caribbean”