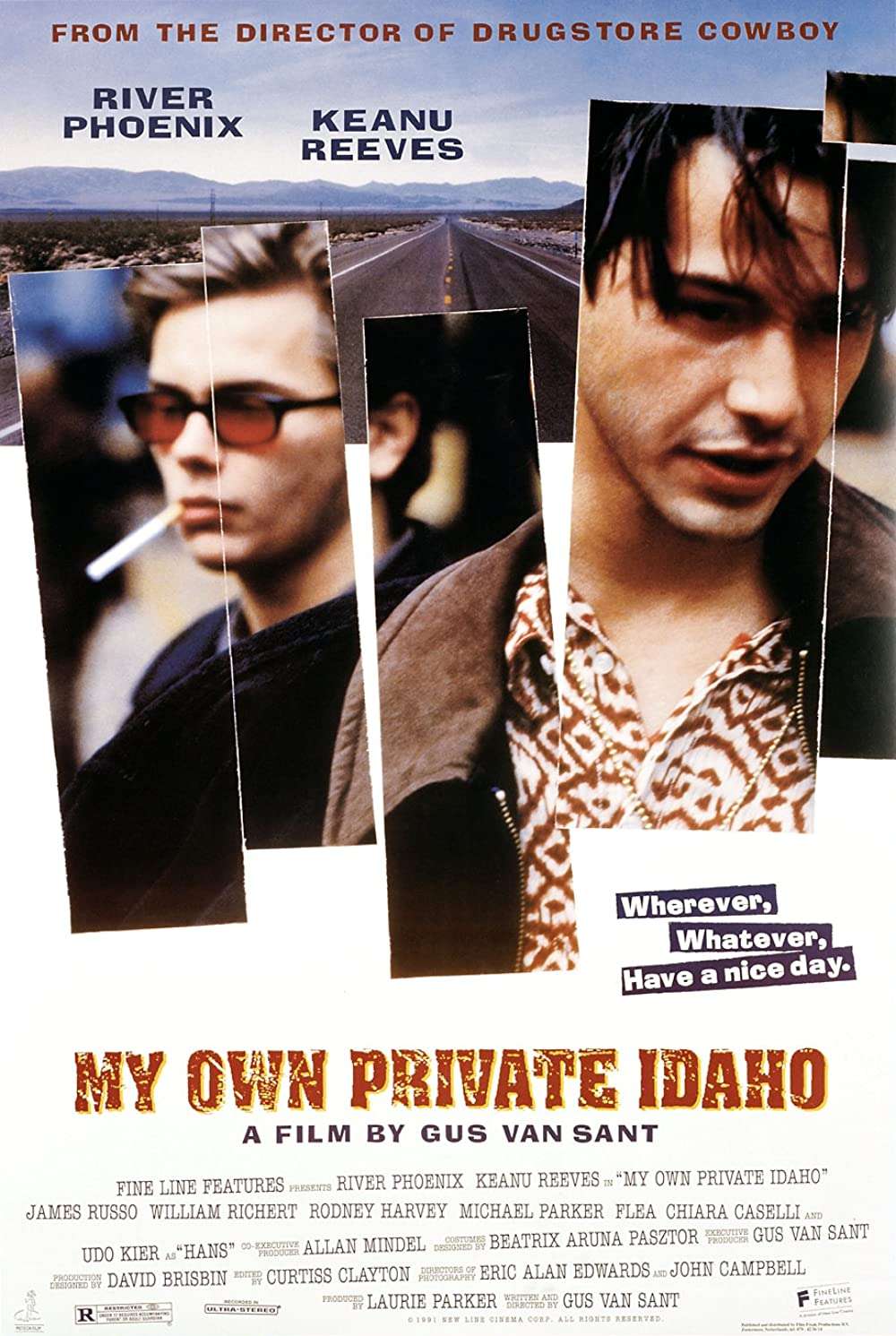 In this loose adaptation of Shakespeare’s “Henry IV,” Mike Waters (River Phoenix) is a gay hustler afflicted with narcolepsy. Scott Favor (Keanu Reeves) is the rebellious son of a mayor. Together, the two travel from Portland, Oregon to Idaho and finally to the coast of Italy in a quest to find Mike’s estranged mother. Along the way they turn tricks for money and drugs, eventually attracting the attention of a wealthy benefactor and sexual deviant.

This road will never end. It probably goes all around the world.