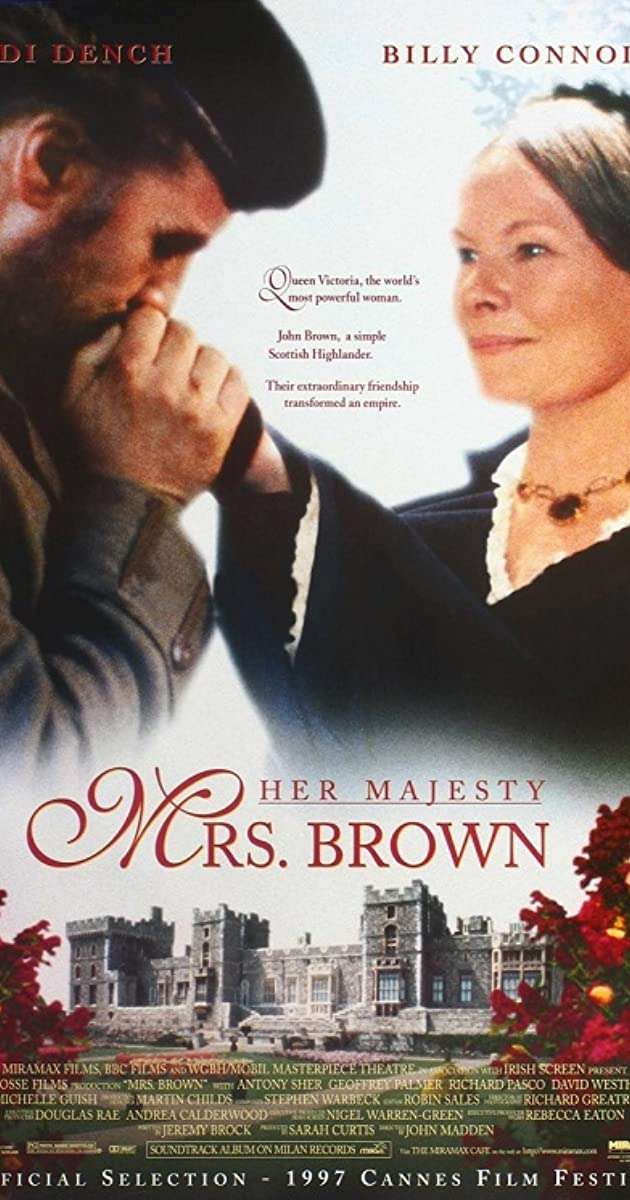 After the death of her beloved husband, Prince Albert, Queen Victoria (Judi Dench) withdraws from public life, so the court appoints a former servant of the prince, John Brown (Billy Connolly), to help her recover from her grief. Brown’s unorthodox ways and disdain for protocol draw the queen out of her shell, and the brash Scot becomes her sole confidant. However, their growing closeness causes a stir, as scandalous rumors begin circulating about the exact nature of their relationship.