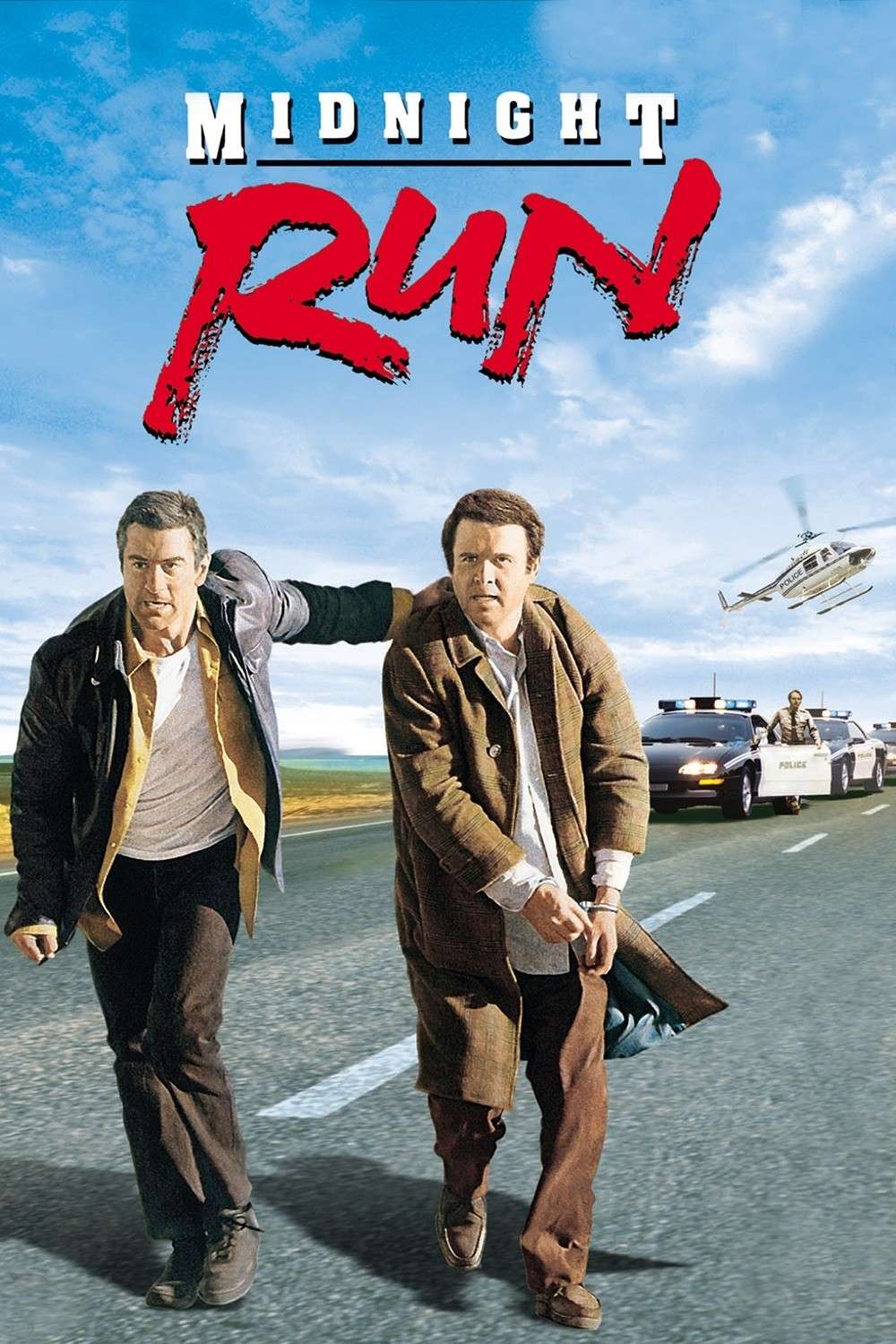 When Eddie Moscone (Joe Pantoliano) hires tight-lipped bounty hunter Jack Walsh (Robert De Niro) to locate a mob accountant named “The Duke” (Charles Grodin) and bring him to L.A., Eddie tells Jack that the job will be simple, or a “midnight run.” But when Jack finds The Duke, the FBI and the mob are anxious to get their hands on him. In a cross-country chase, Jack must evade the authorities, hide from the mob and prevent The Duke’s erratic personality from driving him mad.