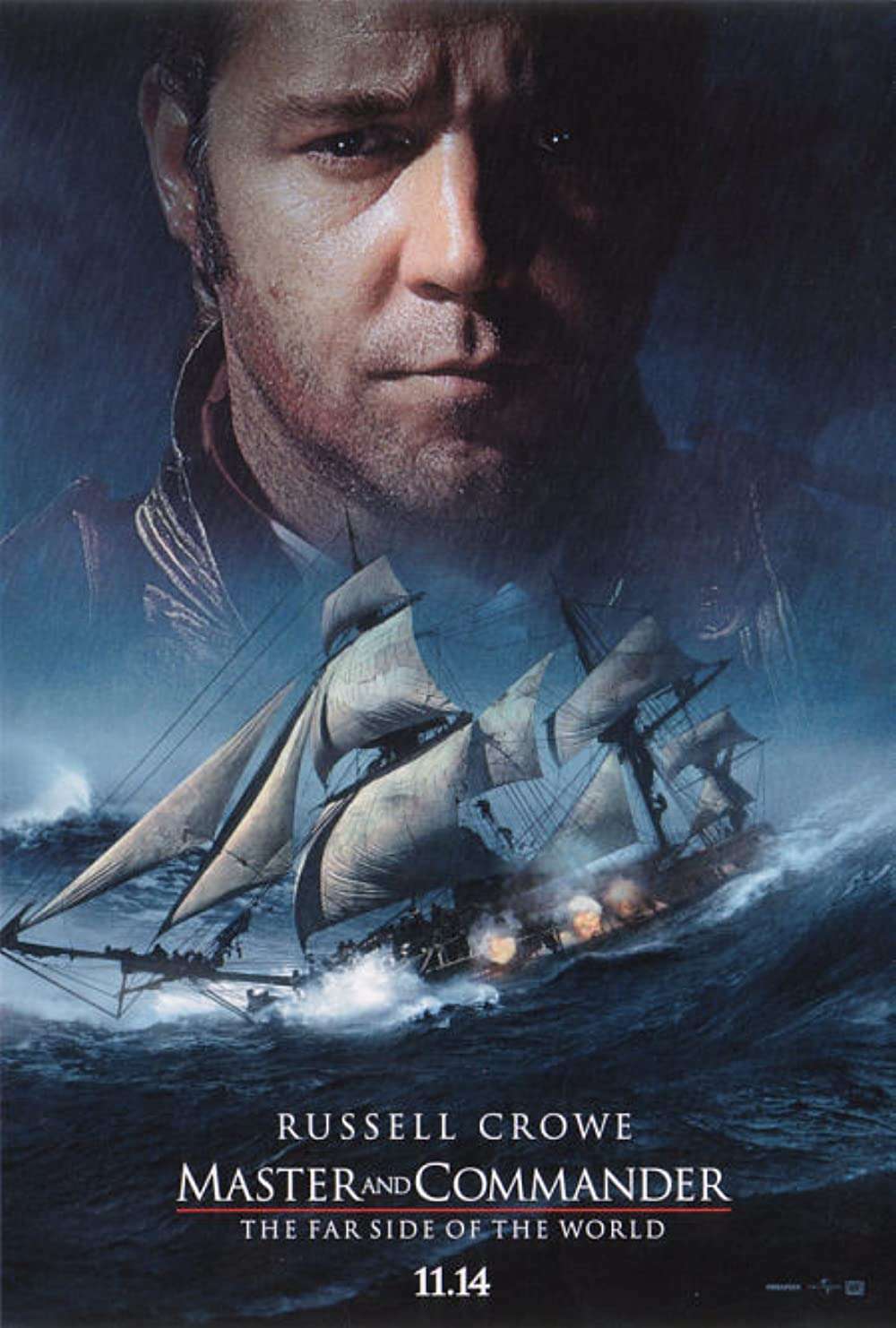 Master and Commander: The Far Side of the World (2003)

In 1805, aboard the H.M.S. Surprise, the brash Captain Jack Aubrey (Russell Crowe) and his trusted friend, the ship’s scholarly surgeon, Stephen Maturin (Paul Bettany), are ordered to hunt down and capture a powerful French vessel off the South American coast. Though Napoleon is winning the war and the men and their crew face an onslaught of obstacles, including their own internal battles, “Lucky Jack” is determined that nothing will stop the Surprise from completing its mission.