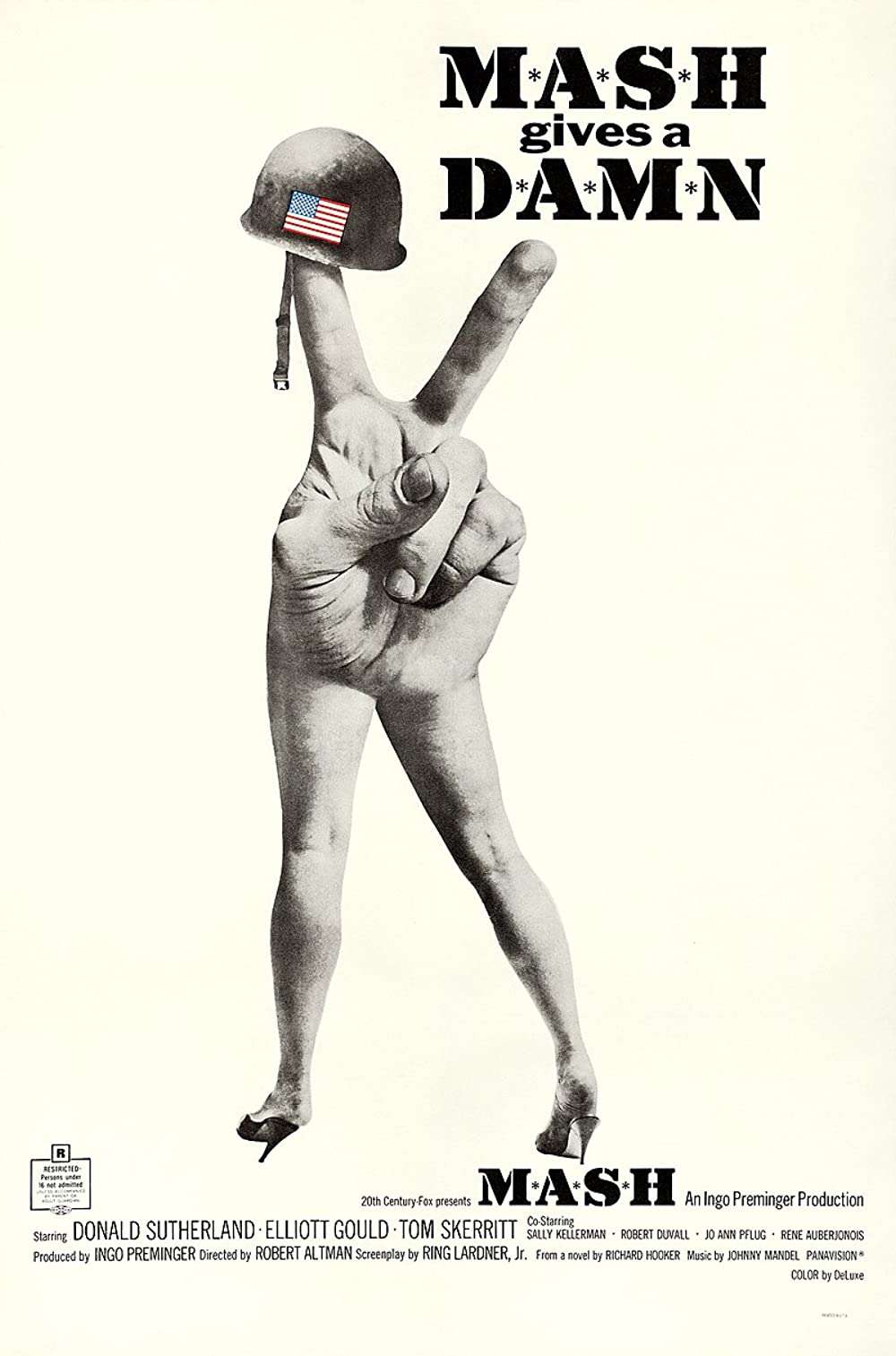 Irreverent black comedy following the exploits of a host of offbeat characters at a medical unit during the Korean war, including surgeons Hawkeye Pierce and Trapper John McIntyre who create havoc with their martini parties and practical jokes while the war rages around them. The film spawned a successful television series and won an Oscar for best screenplay.