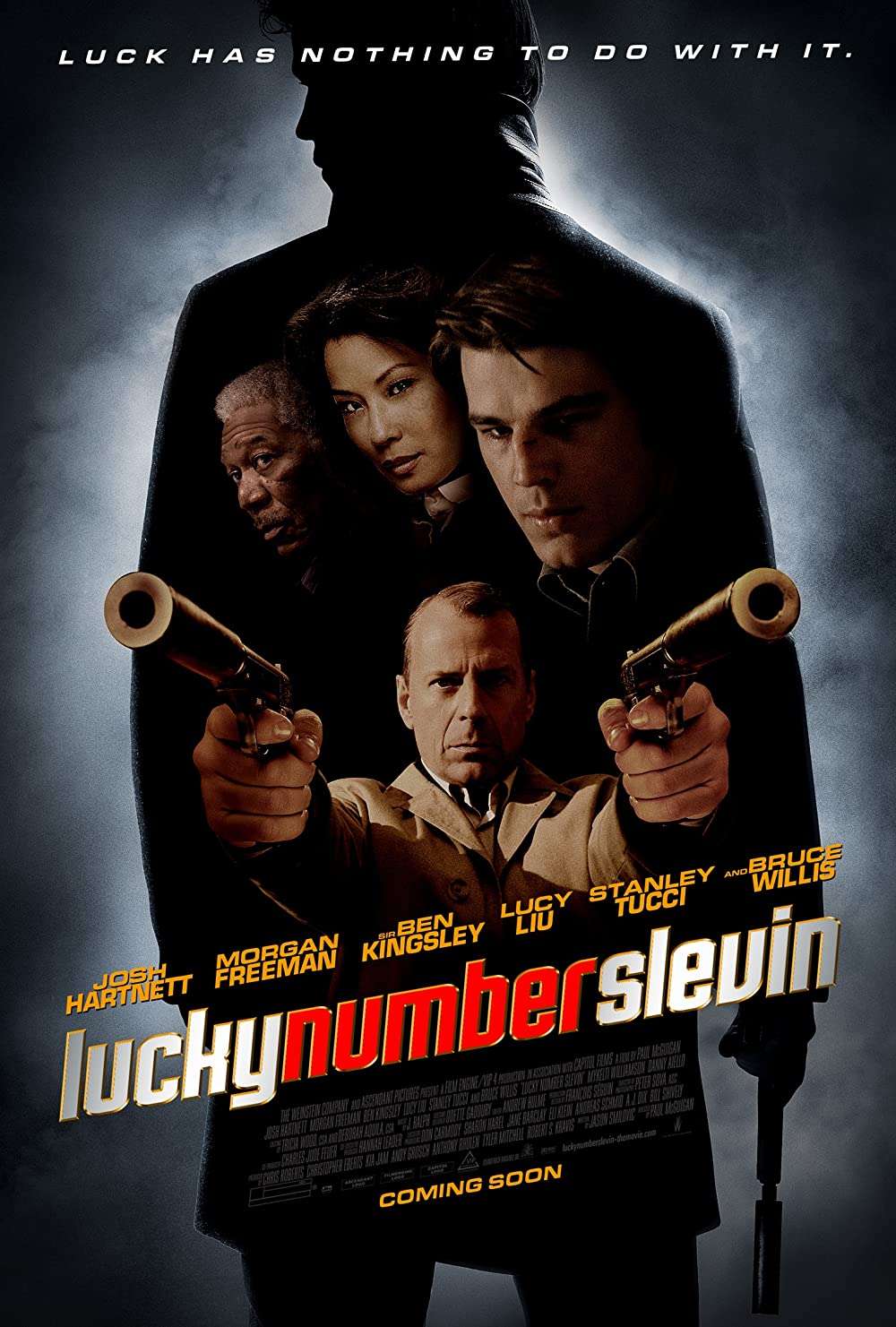 A case of mistaken identity puts a man named Slevin (Josh Hartnett) in the middle of a war between two rival New York crime lords: The Rabbi (Ben Kingsley) and the Boss (Morgan Freeman). While under the watchful eyes of Detective Brikowski (Stanley Tucci) and well-known assassin Goodkat (Bruce Willis), Slevin must quickly devise a plan to save his skin before his luck runs out.

Your Numbers up, February 06