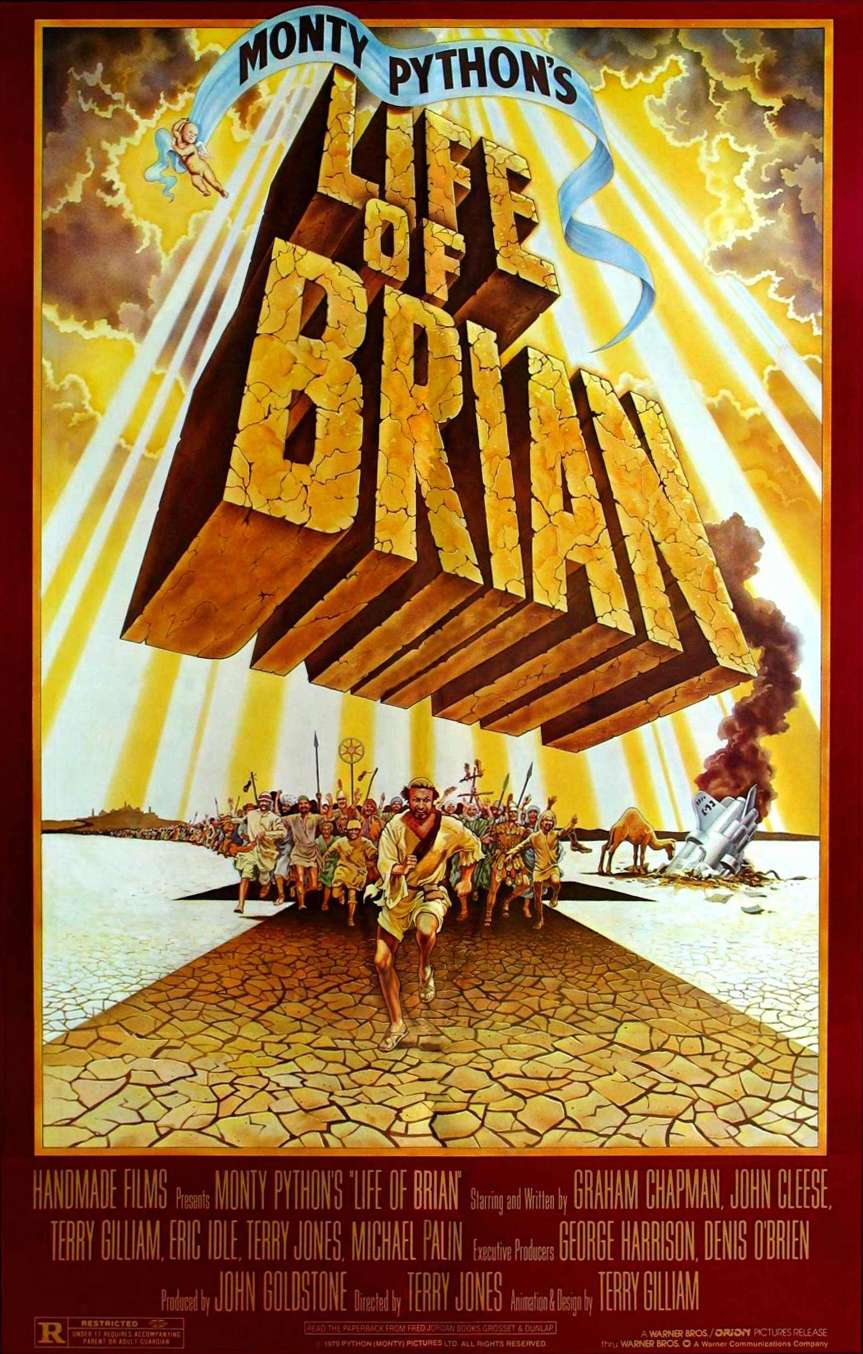 A young man, Brian, who was born one stable down and on the same night as Jesus, becomes intrigued by a young rebel, Judith. To try and impress her, Brian joins the independence movement against the Romans, the People’s Front of Judea. However, in an attempt to hide from the Romans, he relays some of the teachings he heard from Jesus, which ends up spurring a crowd to believe he is the Messiah. While trying to get rid of his followers and reunite with Judith, he embarks on several misadventures.

A motion picture destined to offend nearly two thirds of the civilized world. And severely annoy the other third.