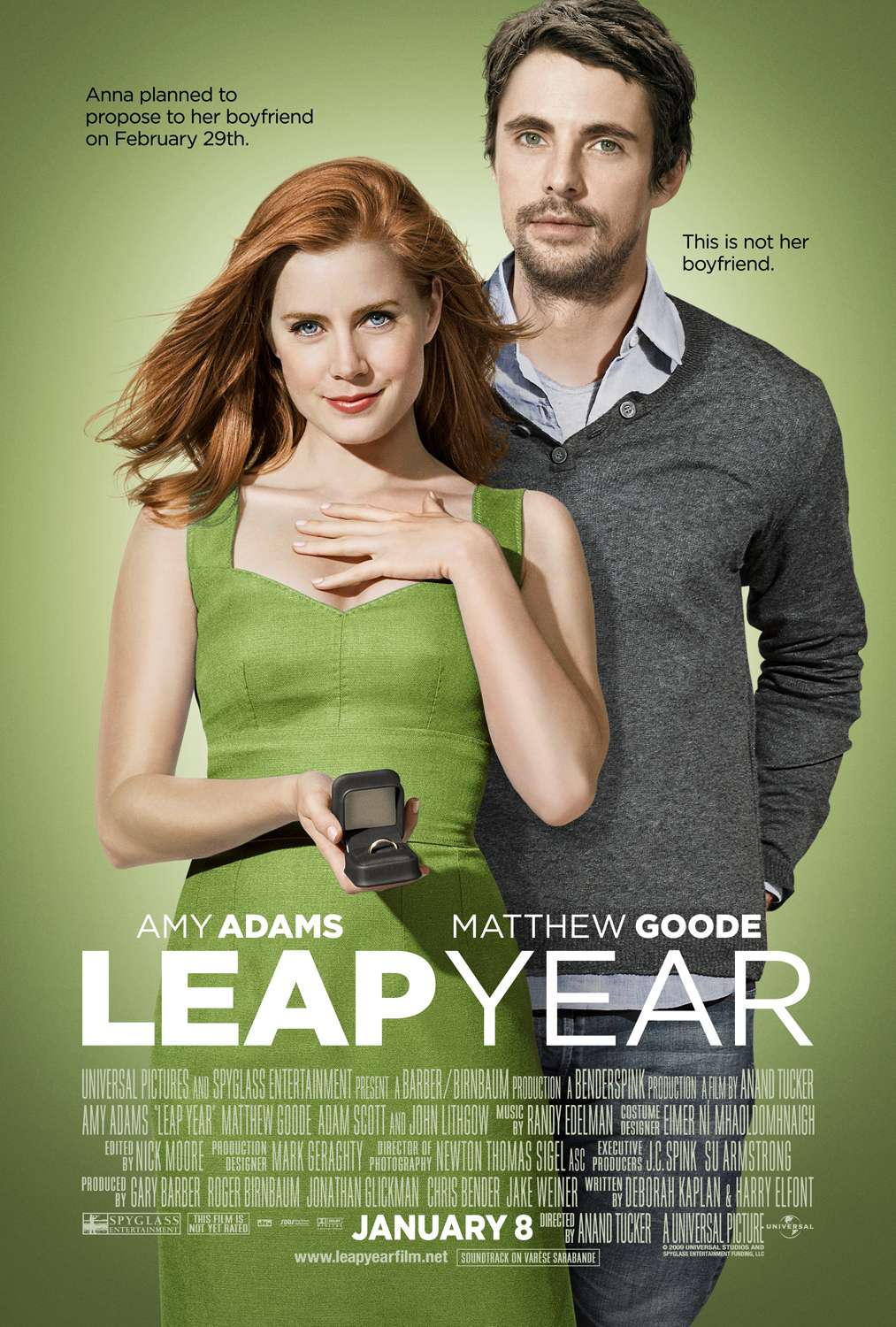 When yet another anniversary passes without a marriage proposal from her boyfriend, Anna (Amy Adams) decides to take action. Aware of a Celtic tradition that allows women to pop the question on Feb. 29, she plans to follow her lover to Dublin and ask him to marry her. Fate has other plans, however, and Anna winds up on the other side of the Emerald Isle with handsome, but surly, Declan — an Irishman who may just lead Anna down the road to true love.