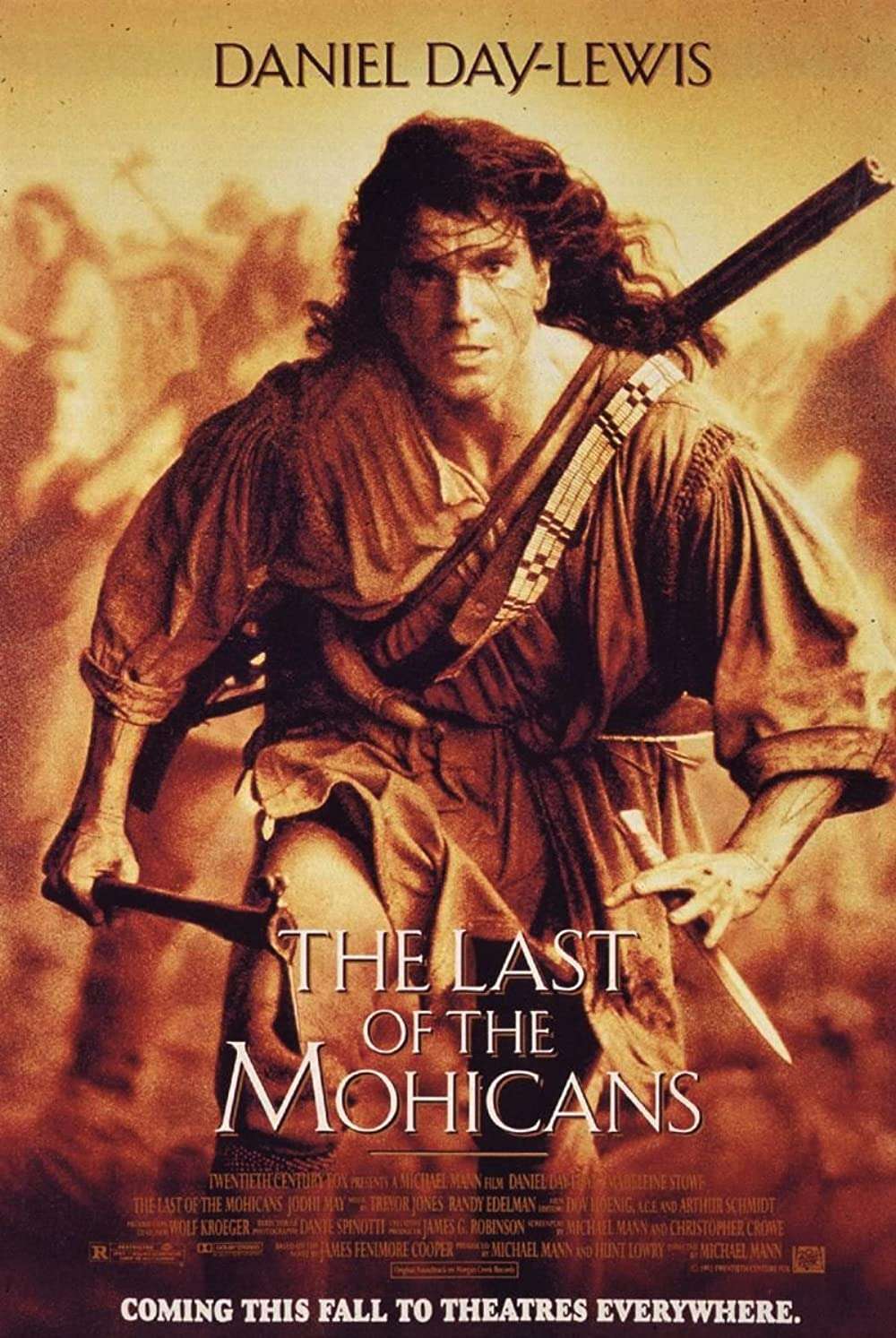 The last members of a dying Native American tribe, the Mohicans — Uncas (Eric Schweig), his father Chingachgook (Russell Means), and his adopted half-white brother Hawkeye (Daniel Day-Lewis) — live in peace alongside British colonists. But when the daughters (Madeleine Stowe, Jodhi May) of a British colonel are kidnapped by a traitorous scout, Hawkeye and Uncas must rescue them in the crossfire of a gruesome military conflict of which they wanted no part: the French and Indian War.

An epic adventure and passionate romance unfold against the panorama of a frontier wilderness ravaged by war.